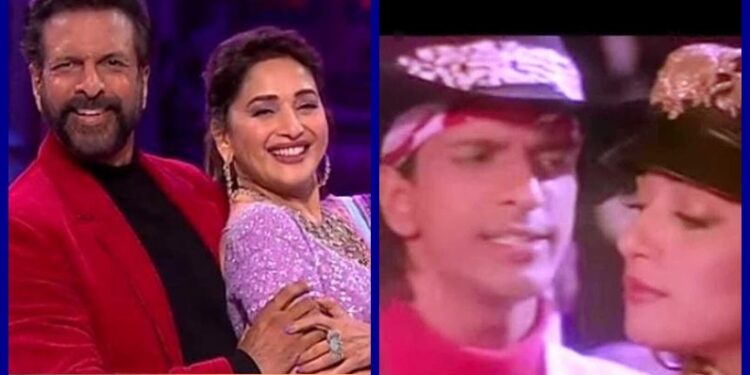 Javed Jaffrey and his brother Naved have brought a new twist in Dance Deewane 3. Both of them have brought 4 wild cards with them, which will be seen giving a tough competition to the 8 finalists of this show.

In Colors TV’s reality show Dance Deewane 3 (Dance Deewane 3), Javed Jaffrey, who came as a guest today, along with Madhuri Dixit, the judge of the show, both of them in the film “100 Days” ( Performed a great dance on the song of 100 Days. The audience is very fond of this great performance. During this performance, both of them went into this nostalgia of 30 years ago and while remembering that song, they entertained the audience by performing similar steps.

In the episode of Dance Deewane, the host of the show Raghav Juyal told Madhuri Dixit and Javed Jaffrey that “Javed sir and Madhuri ma’am you did a film together “100 days”. Me, I mean, the whole public, the whole of India must be wishing that if you both give a performance together..” Even before Raghav’s talk was completed, both Madhuri Dixit and Javed Jaffrey agreed to perform and he said “Let’s take it.” He danced in the same old style on the song “Le Dil De De Dil”. Seeing his dance, Dharmesh, Tushar Kalia, Naved and Raghav along with the entire Dance Deewane team stood up and applauded for him.

Madhuri Dixit and Javed Jaffrey’s film 100 Days has completed 30 years. This film was released in 1991. This song became very famous at that time. Madhuri Dixit and Javed reunited for ‘Total Dhamaal’ in 2019, many years after 100 days. But they were not paired in these two films. Javed Jaffrey and his brother Naved have brought a new twist in Colors TV’s dance reality show Dance Deewane 3. Both of them have brought 4 wild cards with them, which will be seen giving a tough competition to the 8 finalists of this show.

Know who are the wild card entries of the show

After father’s death, he had to work as a stuntman, wild card entry of ‘Dance Deewane 3’ Saddam narrated his story