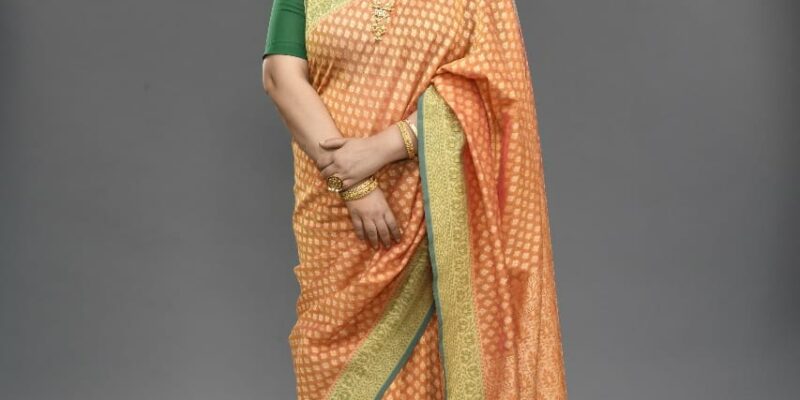 Devi Durga is considered as the feminine epitome of strength and symbolizes divine power that fights evil forces. With Navratri round the corner, a festival of nine nights that is dedicated to the nine divine forces of Goddess Durga, is celebrated with great fervor by people across the country. &TV welcomes Maa Durga’s Nau Roop with its female protagonists from different shows including Ghar Ek Mandir – Kripa Agrasen Maharaja Ki, Aur Bhai Kya Chal Raha Hai?, Ek Mahanayak Dr B. R. Ambedkar, Happu Ki Ultan Paltan and Bhabiji Ghar Par Hai as part of the “Naari Ke Nau Roop” campaign. &TV female actors shed light on the significance of the nine days of Navratri and the forms of Devi worshipped by everyone.

Shrenu Parikh, Genda Agarwal of Ghar Ek Mandir – Kripa Agrasen Maharaja Ki shares, “Devi Shailputri, also known as Devi Parvati, is worshipped on the first day of Navratri. Revered as the daughter of the Himalayas, this Devi form is believed to bring in highest state of consciousness, enthusiasm, success, and happiness in an individual. She is the absolute form of Mother Nature. To please the Devi and manifest happiness and cheer, people wear yellow-colored clothes.” Himani Shivpuri, Katori Amma of Happu Ki Ultan Paltan shares, “Devi Brahmacharini is worshipped on the second day of Navratri. It is believed that on this day one must explore inner divinity and evoke spiritual awakening through meditation. This swaroop of Devi personifies dedication, love and loyalty, hence, green colored clothes are worn on the day to radiate the same energy.” Narayani Mahesh Varne, Ramabai Ambedkar of Ek Mahanayak Dr B. R. Ambedkar shares, “The third incarnation of Devi Durga is Chandraghanta. This form of Devi wears a gray-colored half-moon on her forehead and signifies concentration to achieve knowledge, peace, and serenity. She is ever ready to fight and destroy those who bring trouble to her devotees.” Akansha Sharma of Aur Bhai Kya Chal Raha Hai? shares, “Kushmanda means pumpkin. The vegetable possess power to absorb and emit life. Kushmanda Devi is worshipped on the fourth day of Navratri. The luminosity of the Devi and the divine power she possesses lights up the sun. Hence devotees wear orange-colored clothes to please the Devi.”

Archana Mittal, Anuradha Agarwal of Ghar Ek Mandir – Kripa Agrasen Maharaja Ki shares, “Skandamata is worshipped on the fifth day of Navratri. This form of Devi Parvati is the mother of Lord Karthikeya. Holding the baby in her lap, she represents motherly affection. Devotees are blessed with abundance of wisdom, wealth, power, prosperity and liberation upon worshipping this Devi form.” Sapna Sikarwar, Bimlesh of Happu Ki Ultan Paltan shares, “Born from the powers of Devtas, Katyayani Devi is the one who killed Mahishasura. She represents the divine power that restores the balance of nature.  On the sixth day, Devi Katyayani is venerated to help us get rid of our inner foes that act as a hurdle in path of spiritual evolution.” Kamna Pathak, Rajesh of Happu Ki Ultan Paltan shares, “The fiercest form of Goddess Durga, Kalaratri represents the dark night. Also, called as Kali, this form represents destruction of the evil. Devi’s powerful energy is embodied in blue.” Shubhangi Atre, Angoori Bhabi of Bhabiji Ghar Par Hai shares, “The most graceful form of Navadurga, Devi Mahagauri represents the beautiful and serene aspect of Nature. As the Devi represents purity, cleanliness, endurance, and peace, worshipping her helps reduce your flaws and turns your mistakes to ashes.” Nehha Pendse, Anita Bhabi of Bhabiji Ghar Par Hai shares, “Siddhidatri, the ninth form of Devi represents Siddhi meaning perfection. Devi Siddhidatri helps us explore the complexities of the mind. She is believed to possess supernatural healing powers and help devotees in making the impossible, possible.”

Tune in to watch the special “Naari Ke Nau Roop” campaign promo only on &TV!