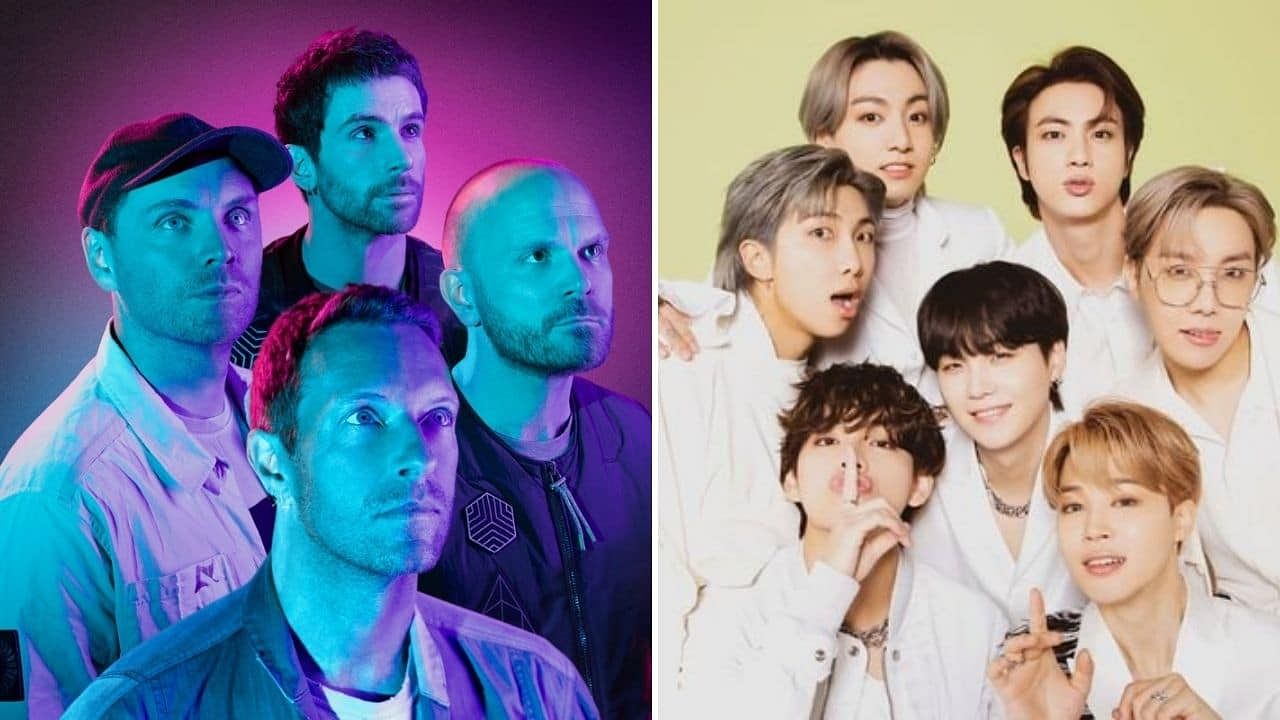 In the month of July, there was speculation that BTS might be seen in a new song by the band, Coldplay. However, at that time it was only a rumour.

Coldplay and BTS song to be released soon

For a long time, it was being reported that British band Coldplay and South Korean music sensation BTS were going to work together, but at that time neither of the two bands did this. The matter was not confirmed. However, now this news has been stamped. On Monday, Korean boy band BTS announced that they would be doing their next song with British band Coldplay. The title of this new song of BTS and Coldplay is – My Universe. This track will release on 24th September.

Both Coldplay and BTS announced the creation of the track together on their respective social media. Sharing the cover photo of the song, Coldplay wrote – My Universe, produced by Coldplay and BTS, will release on September 24. At the same time, BTS Group has retweeted this tweet of Coldplay.

Coldplay is a very famous band and now BTS is also increasing its popularity among the people. In such a situation, since the talk of BTS and Coldplay coming together for a song has come to the fore, the enthusiasm among their fans has increased. #MyUniverse and #COLDPLAYxBTS were trending all day on Twitter on Monday.

Let us tell you that the BTS band consists of RM, Jin, Suga, J-Hope, Jimin and Jungkook. The entire BTS cast recently appeared with Coldplay frontman Chris Martin for a special episode of YouTube Originals’ weekly music series “Release” ahead of the premiere of BTS’ “Permission to Dance” MV. Coldplay’s 2005 hit number ‘Fix You’ was sung by BTS on MTV Unplugged. After this Coldplay shared this special performance of BTS on its Twitter and wrote Beautiful in Korean language and Love caption in English.

At the same time, talking about July, there was speculation at that time that BTS band might be seen in a new song of Coldplay. However, at that time it was only a rumour. Korean Boy’s band BTS has become very famous in the country and abroad. The biggest fans of this band are youth and children.

Raja Mahendra Pratap Singh University will be built in Aligarh, who made the government of India in Afghanistan, the story is very interesting