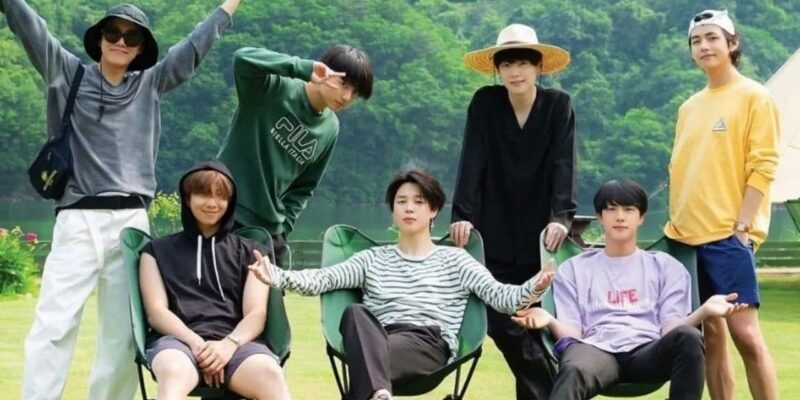 Meanwhile, BTS band has released the teaser of season 2 of their show In The Soop. In The Soop is a reality show where these boys from the BTS band live in the middle of a secluded forest.

The BTS Boys Band of Korean Boys has now become famous from house to house. This band has made a different identity in the country and the world in a very short time. From BTS fans to non-fans, BTS songs are on everyone’s tongue these days, be it ‘Butter’ or the recently released ‘My Universe’ in collaboration with Coldplay. ). BTS band records are being made as soon as they step into the world of pop music industry. Meanwhile, now this band has made a new record.

BTS has become the first and only Korean band to feature in Rolling Stone’s Top 100 Songs list this week. According to the charts from September 24 to September 30, BTS’s collaboration with American boy band Coldplay produced a great song ‘My Universe’, which is part of their upcoming album, and the song tops the list. ‘My Universe’ has been heard by 8.5 million people so far, due to which this Korean band has joined this list.

‘In the Soup’ season 2 teaser released

Not only this, this song was also included in the top 6 in the Billboard Top 100 chart. Meanwhile, BTS band has released the teaser of season 2 of their show In The Soop. In The Soop is a reality show where these boys from the BTS band live in the middle of a secluded forest. The first season of this show was very much liked by the audience. He got a chance to get to know his pop stars even better through this show.

Everything these boys need is provided in the show, such as a luxurious bungalow, custom pool, house tennis court, trekking track and many more. In the teaser of In The Soop Season 2 which has been released, you can see the BTS boss taking rest after clearing his worries. Looking at these boys, it looks like they needed to have similar relaxations after giving their hits one after the other.

The seven members of the BTS team are seen having a lot of fun with each other. Everyone is sharing in front of each other what is the true meaning of comfort for them and they are seen enjoying that comfort to the fullest.

Watch the teaser of In The Soop BTS 2 here

Also read- Pippa Wraps: Shooting of Mrunal Thakur’s film Pippa is over, know what is the role of the actress in this war film?

Astro remedy for Mercury: To remove the obstacles related to the planet Mercury in the horoscope, do these surefire remedies