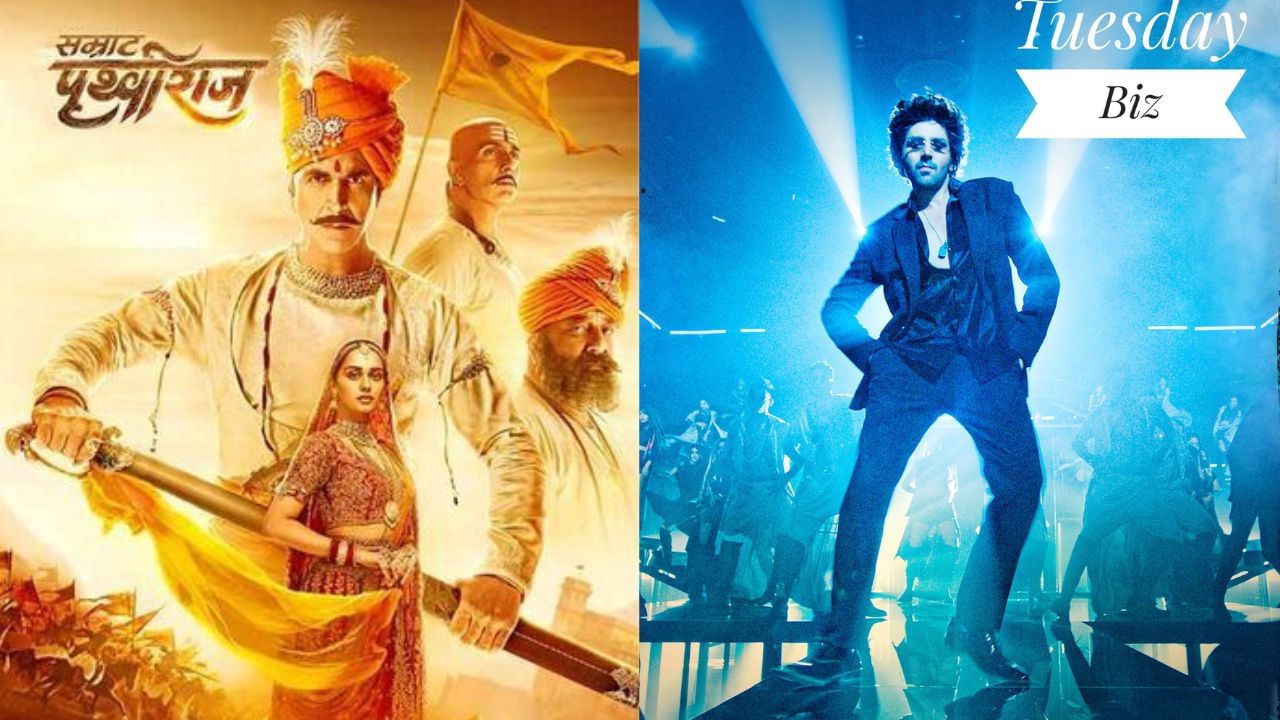 Karthik Aryan’s film Bhool Bhullaiya continues to earn tremendously, the film has also crossed the 150 crore mark. Makers are disappointed with the earnings of the film, Samrat Prithviraj so far.

Bhool Bhullaiya 2 and Samrat Prithviraj Collection: Kartik Aaryan starrer film ‘Bhool Bhulaiya 2’ is currently earning continuously at the box office. Fans are still lavishing their love on this film. In front of Bhool Bhulaiyaa 2, the film ‘Samrat Prithviraj’ made on the historical background of Dr. Chandraprakash Dwivedi is also seen filling water. Although, Akshay Kumar’s film earned decent on the weekend but later became sluggish. Let us tell you that before ‘Emperor Prithviraj’, Miss World Manushi Chhillar made her Bollywood debut. Today we are going to tell you how much the film ‘Bhool Bhulaiya 2′ and Samrat Prithviraj’ have earned so far at the box office on Tuesday.

How much did Emperor Pathviraj earn?

Akshay Kumar and Manushi Chhillar’s film Samrat Prithviraj was earning well till the weekend, but after that there was a huge drop in the box office business of this film. The makers were expecting bumper earnings from the film’s opening day itself, but it could not happen. The situation has become such that due to the lack of audience in theaters for this film, many of its shows are being canceled. Talking about the film’s earnings, on the 5th day, the film has earned Rs 4.40 crore at the box office. The film Samrat Prithviraj has done a total business of Rs 48.65 crore at the domestic box office. The film earned Rs 4.25 crore on Tuesday.


So overall Karthik Aryan and Kiara Advani’s film ‘Bhool Bhulaiya 2’ is making a lot of noise at the box office. The film has also crossed the record of 150 crores. At the same time, like Bachchan Pandey, Akshay Kumar’s Samrat Prithviraj has not been able to do much at the box office. The makers have got a lot of disappointment from the business of the film.