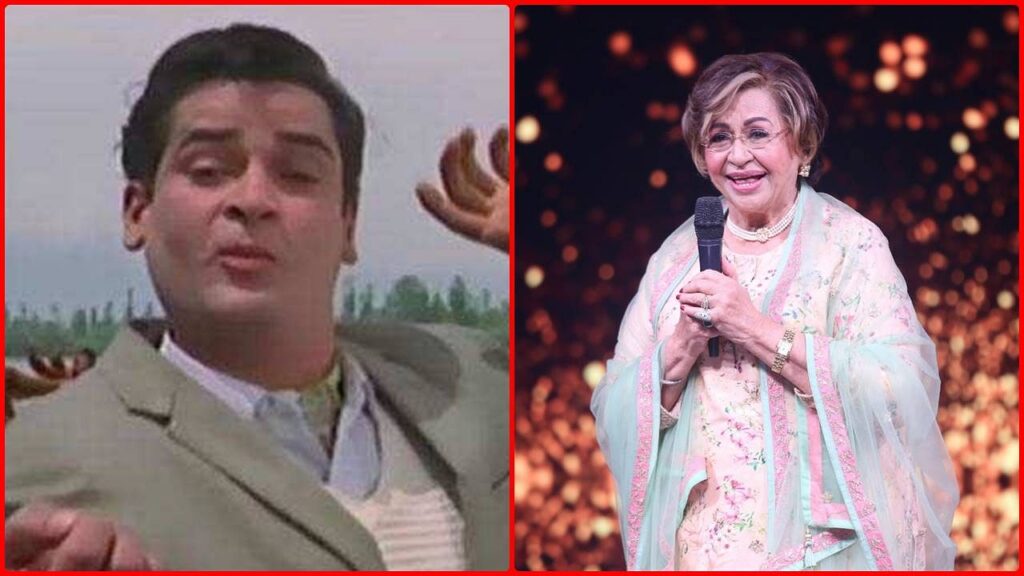 In Sa Re Ga Ma Pa, many celebrity guests come every week, doubling the entertainment of the audience. During this, these stars also tell many interesting tales and stories on the stage.

Helen remembered on the stage of Saregamapa

In today’s episode of Zee TV’s Singing Reality Show ‘Sa Re Ga Ma Pa’, a special celebrity guest has attended this evening to meet the audience. Famous actress and bygone star dancer Helen was seen today encouraging all the contestants by becoming a special judge in the show of Saregamapa. In this episode, Helen has shared beautiful things about Bollywood actor Shammi Kapoor, refreshing her old memories.

In front of Helen, all the contestants presented their best performance in front of the judges. Helen was stunned when Vraj and Rajshri were presented with a stellar performance on the song ‘O Haseena Zulfon Wali Jaane Jahan’ from the film ‘Teesri Manzil’. To everyone’s surprise, when the host of the show Aditya Narayan asked Helen about her iconic look and dance performance in the song ‘O Haseena Zulfon Wali Jaane Jahan’, Helen shared an interesting story about the late Shammi Kapoor. Told the story, where her husband Salim Khan also appeared in a video.

Know what Helen had to say

Seeing the performance of Vraj and Rajshree, Helen said, “Very beautiful performance. I got lost in old memories and it reminded me of Shammi ji today. Shammi, are you listening (laughs). Had he been here today, he would have been very happy to see your performance. We have worked together in many films, but let me tell you that he was very mischievous and he used to make us all laugh a lot on the sets. Though we rehearsed this song 8-10 times, Shammi ji had his own style. He never used to do any rehearsals.

Shammi Kapoor played a small role in the third floor

Helen further made an interesting disclosure and said, “In this film ie ‘Third Manzil’, her husband Salim Khan also had a small role. In this, he can be seen as a musician friend of Shammi Kapoor and he also played drums in the song ‘O Haseena Zulfon Wali Jaane Jahan’.

Laal Singh Chaddha: Producer will include more scenes of Aamir Khan and Naga Chaitanya in the film, know why?