Birthday Special: The actress for whom Doordarshan used to reach the letter, her character was in great demand in the show ‘Hum Log’ 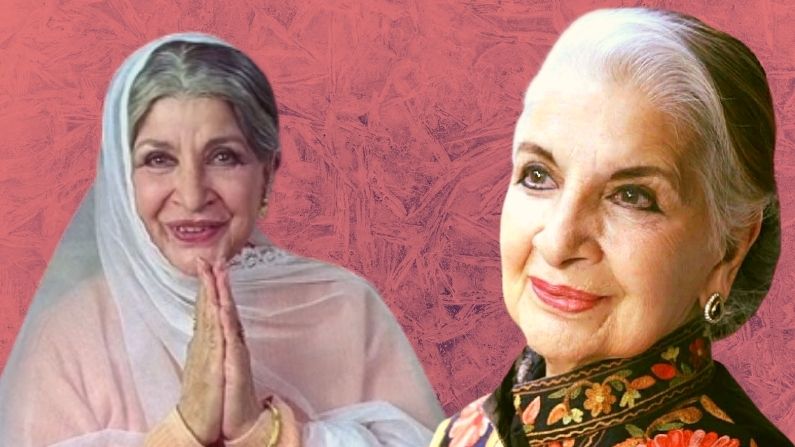 When Sushma Seth was 42 years old, she made her Bollywood debut. After this, he showed that charisma with his acting, due to which his films became hits one after the other.

The way Nirupa Roy was seen by the audience as an old and helpless mother in the film industry. Similarly, an actress is often depicted in the image of a clumsy and wealthy grandmother or mother. We are talking about Sushma Seth. Sushma Seth did theater for about 20 years before entering the film industry. She played many characters of rich grandmother or mother in films, which were well-liked by the audience.

When Sushma Seth was 42 years old, she made her Bollywood debut. After this, he showed that charisma with his acting, due to which his films became hits one after the other. These were those films, seeing which it is felt that if Sushma Seth was not in the film, then the film would have looked pale. These include films from the 80s and 90s like Junoon, Silsila, Prem Rog, Tawaif to films like Kal Ho Na Ho.

Today is Sushma Seth’s birthday. This actress was born in Delhi. He got his education from here. There was a respect for art in Sushma Seth’s family from the very beginning. This is the reason why Sushma Seth is a well-known actress of the country today. Today, on the birthday of Sushma Seth, we will know how much demand was for her character in the country’s first TV serial ‘Hum Log’ and why people’s letters used to reach Doordarshan for her.

Last year, the cast of the country’s first serial ‘Hum Log’ reached ‘The Kapil Sharma Show’. Since, Sushma Seth is older and keeping in mind the corona epidemic, she was associated with this show through video call. However, his daughter and actress Divya Seth reached Kapil’s show along with the other cast of the show. During the show, Sushma Seth revealed how she got the role of Dadi in Hum Log serial and why she said yes to this role.

Letters used to come to not kill grandmother’s character

Sushma Seth played the character of Imarti Devi aka Dadi in the serial. Regarding this character, he said that the character of Dadi was written so beautifully that I fell in love with it. Sushma liked her character very much and she immediately said yes to it. During this, Kapil asked Sushma Seth that Sushma ji, is it true that Dadi’s character was to be shown in the show only for a short time.

After listening to Kapil, Sushma Seth said that yes, it is true, but in Doordarshan and he used to get letters from fans, in which it was written that do not kill the grandmother’s character. This was the reason why the makers of the show decided to continue with the character. However, as the story demanded, at the end of the show, Dadi Imarti was shown dying of cancer.

Also read- After the death of father, the stuntman had to work, the wild card entry of ‘Dance Deewane 3’ Saddam narrated his story