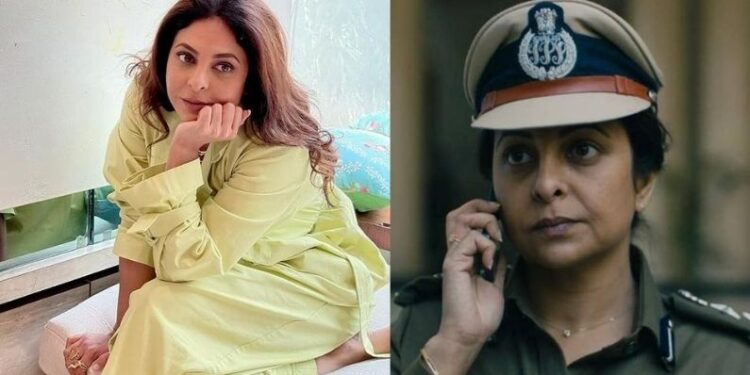 Shefali Shah has been a part of films and many serials since 1993. Today the actress is getting a lot of opportunities in films. In this work, the actress has been helped by many of her series released on OTT. Know which big films the actress is now a part of.

Actress Shefali Shah, who has done many small and big roles in Bollywood films, does not need any identity today. But this phase of the actress is only a few years old. Yes, the actress has got her real identity from web series and films released on OTT. The actress is also celebrating her birthday today. Shefali Shah’s meticulous performance Ke Deewane To Hum Sab Hain actress made her Bollywood debut with Aamir Khan’s famous film Rangeela. This film was released in 1995. Where he had very few scenes in this film. After which the actress turned to TV and worked fiercely in many serials released during that time. Let us tell you, the actress started acting in the serial from 1993.

The actress was well-liked in the film ‘Satya’. Once upon a time, Shefali had become Ram Gopal Varma’s favorite actress, due to which she was constantly being offered roles. But even from these films, the actress did not get the recognition for which she came to Bollywood. After which he made his strong debut on OTT and he was given a lot of love by the audience on OTT. The actress was seen in web series like Delhi Crime and Untold, her style was well liked by the audience, where the actress got a new identity here and the audience gave her obstinate style a place in their heart.

Let us tell you, Shefali Shah made her debut in 2017 with her beautiful short film Juice. In this film, the actress was seen in the role of a homemaker. Who was playing the role of a woman working in the house. Playing this role made a big sarcasm on the society, the actress was well-liked by the audience in her role.

Shefali is now getting a lot of work

The actress is now getting continuous work in Bollywood. The actress is going to be seen in her film Darlings with Alia Bhatt very soon. We will also see Vijay Varma with him in this film. Along with this, the actress will also be seen with Ayushmann Khurrana in her film Doctor Ji. These are all big films whose shooting has started now.

Shefali Shah recently announced a new short film of hers, which is now going to release on 23 July. The name of this film of the actress is Happy Birthday Mummyji. The actress has written and directed this short film herself. Where in this film we are going to see the same life of many women.

Also read:- Vidyut Jammwal has no godfather in Bollywood, will make ‘IB 71’ under the banner of the production house he built