Birthday Special: Know where was Riya Chakraborty’s first meeting with Sushant, this is how the journey from friendship to love started 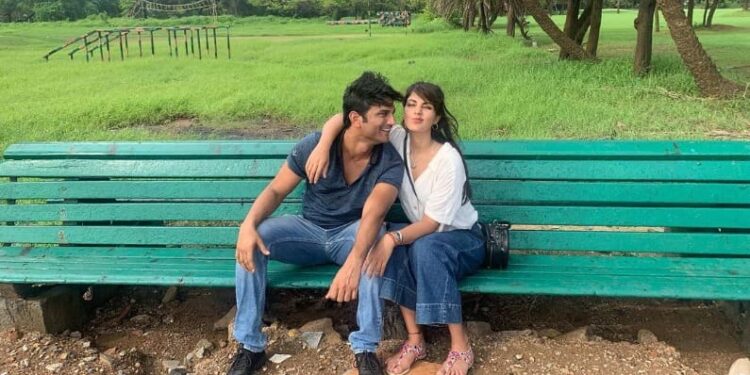 Rhea Chakraborty has remained a part of the headlines since the death of Sushant Singh Rajput. Rhea and Sushant’s love story is something special. Let me tell you about this.

Rhea Chakraborty, who stepped into Bollywood with the film ‘Mere Dad Ki Maruti’, is celebrating her 29th birthday today. The year 2020 has been very bad for Riya. In the year 2020, Riya’s love Sushant Singh Rajput had left this world saying goodbye. Riya’s life has completely changed after Sushant’s death. She is now busy taking care of herself. Today on Riya’s birthday, we tell you how both of them fell in love with each other.

Rhea Chakraborty and Sushant Singh Rajput met in the year 2003. At that time Riya was celebrating the success of her debut film Mere Dad Ki Maruti, while Sushant was working on his film Shuddh Desi Romance with Yash Raj. Sushant’s debut film was released some time back and his acting was being praised a lot.

After that both used to meet at events, parties or studio shoots. Riya had told in an interview that by this time both had become good friends. Of course, they used to meet once a year but whenever they met, they used to talk to each other on every issue.

Used to talk about everything from happiness to career

Riya had told that whenever Sushant used to meet her, their friendship was such that he used to talk about his happiness, career, sorrow. Riya also started liking him and wondered what made him different from the rest.

Relationship started in the year 2019

In April 2019, Sushant and Riya met again at Rohini Iyer’s party. From where the relationship of both started. Riya had told that Sushant told her that he had fallen in love with Riya on the same day but I took 2-3 months to say this.

went on a trip to Europe

After coming back from the trip, both shifted together. Since December 2019, both of them were living together in Sushant’s apartment. Sushant was in depression, his health had worsened in the lockdown. He and Riya had some argument in June and the actor’s sister was about to come to his house to meet him, so Sushant sent Riya to his house. A few days later, Sushant was found dead in his house on June 14.

Riya’s life has completely changed after Sushant’s death. In this time, she is focusing on her work and keeps sharing posts to keep herself positive.

Also read: Shirley Setia adds a touch of hotness with cuteness, you will be stunned to see the photos