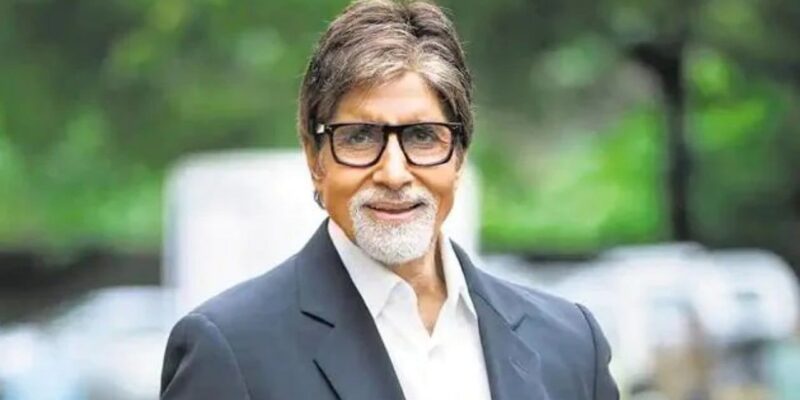 Bollywood superstar Amitabh Bachchan has made a place in everyone’s hearts with his superb acting. They don’t need any introduction. He is celebrating his 79th birthday today. Like every year, people have gathered outside his house to celebrate his birthday. Amitabh Bachchan has struggled a lot to become a superstar.

Big B started his career with the film Saat Hindustani. But he had to work hard for years to make his own identity. Today, on the occasion of Big B’s birthday, let us tell you about the two incidents due to which Big B became a superstar.

Pricked before the first hit

The films were flopping continuously, the search for a hit was going on. The year 1973 came as history, two or three big superstars did not speak to Prakash Mehra, but the film had to be made, so Mehra sahib played a bet on Amitabh. The shooting was completed and the promotion of the film started. Actor Pran could not go to the promotion of the film in Kolkata. In the hotel where there was a promotion party and press conference, everyone’s eyes were searching for Pran. Journalists and some people said on Amitabh’s mouth to the director of the film, Mehra Sahab – ‘Hey director, where is the real hero of the film?? Why didn’t Pran sahib come?’

Amitabh was the hero in ‘Zanjeer’ but no one was ready to accept him as a hero. This taunt sank like a prong in Amitabh’s heart. Prakash Mehra understood Amitabh’s pain, he said to Amitabh – ‘Once the film is released, then everyone will know who is the real hero of the film’

Prakash Mehra’s words proved to be true. When Amitabh reached the same Kolkata after the release of Zanjeer, the road in front of the hotel was jammed for several hours, then what happened is history.

When humiliated in front of parents

Once his father Harivansh and mother Teji came to Mumbai to meet the struggling Amitabh. The son showed him the shooting in the studio, introduced him to the co-stars and then took a taxi to return. The parents were very happy seeing the son’s hard work. Just now the whole family was getting out of the studio sitting in a taxi when an unknown person knocked on the taxi. As soon as father Harivansh lowered the window of the taxi, the unknown person said in a very dirty way – ‘Take your son back to Allahabad, nothing can happen here, it is a flop’

Till then Zanjeer was not released and about 12 films of young Amitabh had flopped. That’s why everyone’s mouth hanged after hearing such a bitter taunt, but Amitabh felt it was an insult to his parents, not his own. Amitabh could not sleep that night, he decided that if he knows now, but he will remain in Mumbai as something, he will not return, then what happened is history.