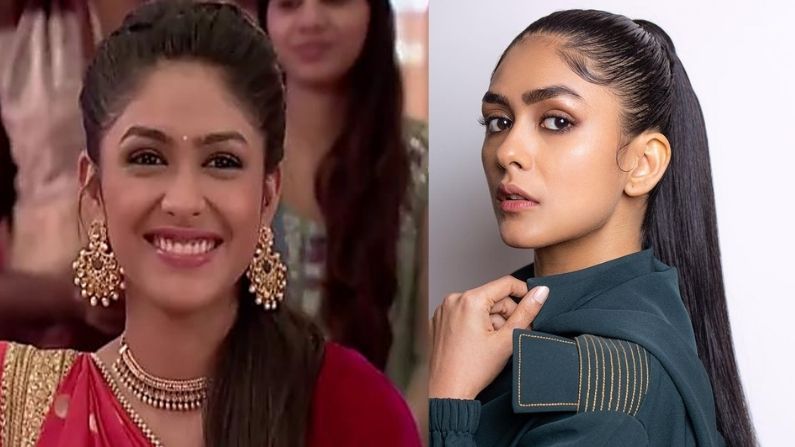 Today is the birthday of Bollywood actress Mrunal Thakur Birthday, the actress has included herself in Bollywood’s top actress from TV in just the last 9 years. Which is a big deal. Today, on the occasion of her birthday, let’s read how was the career of the actress.

There have been many stars in Bollywood, who have achieved a big position in Bollywood by starting with TV. The names of many people including Shahrukh Khan, Sushant Singh Rajput, Prachi Desai are included in this list, one of them is Mrunal Thakur. Yes, Bollywood’s famous actress has been seen in the TV serial Kumkum Bhagya, where recently the actress was seen in her best film ‘Toofan’. The actress is celebrating her birthday today, Mrunal Thakur was born on August 1, 1992 in Nagpur city of Maharashtra, the actress has also completed her studies from Mumbai itself.

Mrunal Thakur made her acting debut with the TV serial Mujhse Kuch Kehte Hai… Yeh Khamoshiyan (2012 – 2013), after which we saw her in Kumkum Bhagya, the actress earned a lot of name in this serial and with this she continued to work. She was also giving her auditions for films. The actress made her big screen debut in 2014 in a Marathi film ‘Sandhya’. But his luck opened when we saw him in the lead role with Hrithik Roshan in his film Super 30. The audience liked Mrinal’s character very much in this film. After which the actress appeared with John Abraham in Batla House.

showed power in the storm

Mrunal will be seen opposite Shahid Kapoor

Mrunal has recently wrapped up the shooting of her film ‘Jersey’ with Shahid Kapoor. In this film too, the actress will be seen playing the role of Shahid Kapoor’s girlfriend, which is not going to be less than a treat for the audience. Let us tell you, after his film Kabir Singh, Shahid Kapoor has been in a lot of discussion. Due to which the audience is shocked to see the strong performance of this pair in this film too.