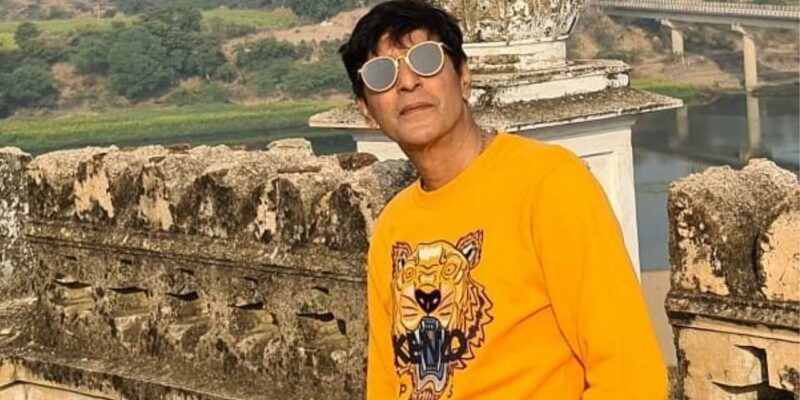 Happy Birthday Chunky Pandey: Chunky Pandey did not know how to open the nada of his pajamas, due to which he got stuck in the bathroom. Where he met a man who changed his fate.

Actor Chunky Pandey, known for his strong acting in all Bollywood films, is celebrating his birthday today. While working in Bollywood, Chunky Pandey has worked in many strong roles from action to comedy. But the actor got his first film in Bollywood in a big way. Let us tell you, the story of getting his first film is different in the whole of Bollywood, where today we are going to talk about him on the occasion of the actor’s birthday.

Chunky Pandey did not know how to tie his pajamas, due to which he was standing in the toilet of a hotel, during which the entry of veteran filmmaker Pahlaj Nihalani takes place in the same toilet of the hotel. Pahlaj helps Chunky inside the toilet and from there both of them became friends and Chunky Pandey also got a chance to work in Pahlaj’s film. Chunky Pandey had mentioned this in the show of famous TV host Cyrus Barucha. Chunky says that “There was a problem with me, I used to know how to tie the knot of pajamas but it was outside my bus to open it. I remember I went to a wedding wearing a churidar during that time.

He further says that “Due to drinking too much beer, I had to go to the bathroom but after going inside I could not open my nada, there I stood in the bathroom and started screaming that someone help me, standing in the bathroom.” Many people thought it was a joke. But in the meantime one person who stepped forward to help me was Pahlaj Nihalani. Let us tell you, after this meeting, both of them sat and talked for several hours because there was no internet during that time. During this meeting, Pahlaj asked Chunky about his work, where Chunky replied saying that he is a model and is looking for work for himself in films.

Meanwhile, Pahlaj while telling about himself said that he is a director and he has recently made a film with Govinda. After hearing this, Chunky Pandey was very surprised. After this meeting, Chunky was called by Pahlaj Nihalani to his office and signed his first film with him. Pahlaj signed his first film with Chunky in 1987 ‘Aag Hi Aag’. Where after 1 year, he gave Chunky a chance in his second film named ‘Sap Ki Duniya’.

Also read: – Shilpa Shetty makes her one and a half year old daughter Samisha do yoga in front of everyone, Geeta Kapoor reveals

Also read: – Parineeti Chopra shared video in swimsuit, the actress posed like this in the pool