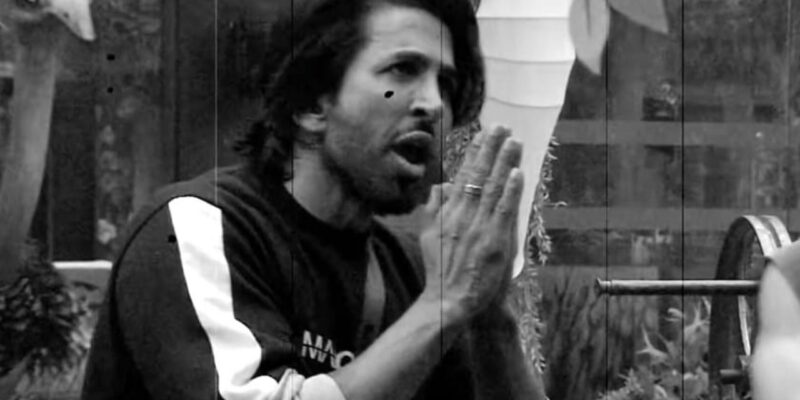 In Bigg Boss 15, some such things keep happening every day that attracts the attention of the audience. Something similar will be seen funny in today’s Bigg Boss show. Actually Colors TV has released a promo video of Bigg Boss 15 on its Instagram handle. It can be seen that Vishal Kotian is trying to convince Rekha aka Vishwasuntri in the style of Amitabh Bachchan that Tejasswi Prakash should not be made a boy.

It can be seen in the video that as soon as Vishal comes close to Vishwasuntri, a voice comes from Vishwasuntri that Vishal want to say something? On this, Vishal tries to impress Amitabh Bachchan by speaking in front of Vishwasuntri by mimicking Amitabh Bachchan in his witty style by reciting the dialogue ‘Aaj Khush Toh Bahut Hoge Tum’ from the superhit film Deewar. However, whether Rekha aka Vishwasuntri impresses with this style of Vishal, it will be known only at 10:30 tonight. But the way Vishal Kotian mimicked Amitabh Bachchan, all the members of the house laughed at him.

Karan looks like a boy in Kundra’s clothes. I smell Kundra whenever she comes near me and clings to me. After this, Vishal begs Vishwasuntri to stop Teja i.e. Tejashwi Prakash from being a boy.

Who is Rekha aka Vishwasuntri

The makers of Bigg Boss are in the headlines every year for their new theme. This time the theme of Bigg Boss is ‘Jungle Theme’. That is, there is greenery everywhere in the whole house. But among all this, the role of Vishwasuntri is the most important. Vishwasuntri is a talking tree built in the garden area in the main house of Bigg Boss. With Vishwasuntri, the members of the house can share their feelings and strategies and Vishwasuntri will advise them to move forward in the show, which can be both right and wrong. Talking tree i.e. Vishwasuntri has been given voice by Bollywood’s superhit actress Rekha, hence it is called Rekha aka Vishwasuntri.

Priyanka Chopra was seen walking on the streets of Spain with a bottle in her hands, photo went viral on social media