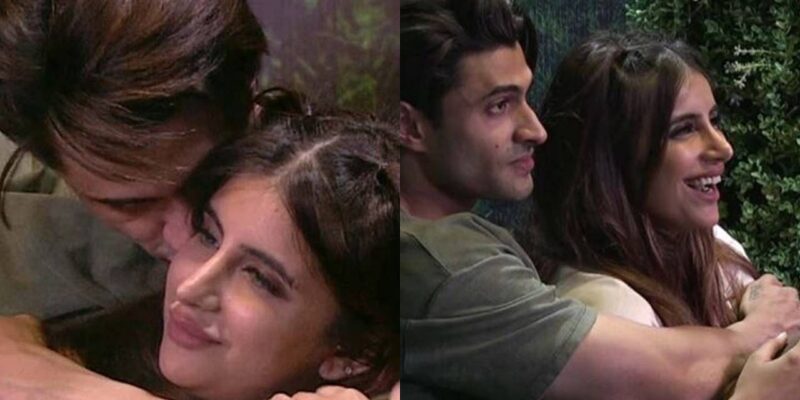 In the first week of Colors TV’s reality show Bigg Boss 15, the audience has got to see action, drama, tears, laughter as well as romance. Yes, the spark of love between Bigg Boss 15 contestants Miesha Iyer and Ishaan Sehgal is seen by everyone.

This romance of both is attracting the family members towards it. In fact, a special bonding was seen between Maisha and Ishaan from the second day of the show and now both of them have started expressing the feelings they have for each other.

Miesha-Ieshaan romance will start in blanket

Let us tell you, in today’s episode, Ishaan and Maisha are going to be seen sitting with each other in a comfortable blanket during the night. In the promo shared by Colors TV, we can see Misha asking Ishaan what kind of girl he likes. Ishaan is answering Maisha’s question saying, “That girl must be beautiful and sweet, but I only want her to love me unconditionally.”

After Maesha’s question, when Ishaan again asked the same question, Maesha replied to him and said, “I like very off-beat kind of boys, like who can tolerate my tantrums.” Hearing his reply, Ishaan immediately told him, “I have been doing this for the last five days.” Sharing his heart to Maesha, Ishaan also said, “I don’t know why, but when you cried that day, I really fell in love with you.”

Let me tell you, Maisha and Ishaan are spending a lot of time with each other. Both seem quite comfortable in each other’s company. According to the new promo, the family members are going to be seen teasing Ishaan and Maisha. And this crisis is going to be seen with the love birds of the house blushing a lot. But Maesha and Ishaan’s closeness will surely make Prateek Sahajpal, Maesha’s special friend turned foe, uncomfortable and he will be seen fighting unnecessarily with both of them.

Exclusive: Super Dancer Chapter 4 finalist Florina Gogoi and her super mentor Tushar Shetty are all set for the finale

Tere Bina Jiya Jane Na: Actor Avinesh Rekhi reduced his weight by 13 kg for his new serial, know what was his diet plan

If you want to save in sugarcane irrigation, then this mobile app will help, when and how much water has to be spent, you will get complete information