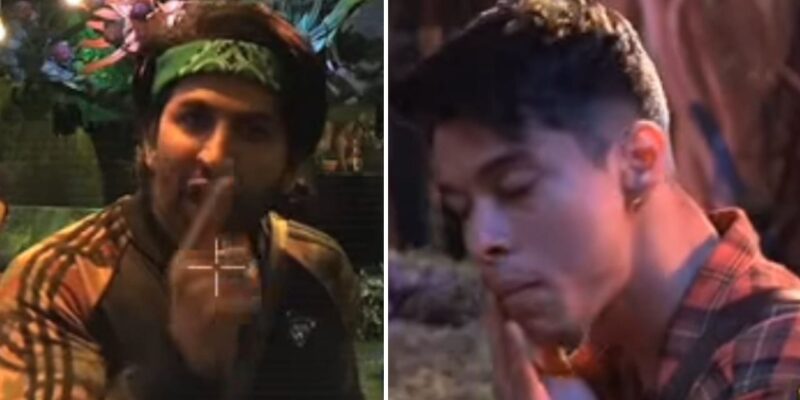 On one hand, where today the atmosphere of the house (Bigg Boss 15 House) is going to be full of anger. On the other hand, Tejashwi’s naughty style will be seen by the audience. Tejashwi will be seen flirting a lot with Bigg Boss

With the start of Bigg Boss Season 15, the series of battles has started in the Bigg Boss house. The exploits that Pratik Sehajpal had shown in Bigg Boss OTT are now showing here in Bigg Boss 15. Yesterday i.e. in Tuesday’s episode, there was a lot of heat between Prateek Sahajpal and Jai Bhanushali, due to which Prateek damaged the property of Bigg Boss. Bigg Boss did not like this attitude of Prateek at all and he himself nominated all the forest dwellers to be evicted from the house this week.

After the nomination, there was a lot of anger on the forest symbol, which will be shown in today’s episode. After being nominated, the anger of the forest dwellers not only broke out on Prateek, but they also told Big Boss a lot. Junglewali i.e. Contestant Vishal Kotian even challenged Bigg Boss in anger. The promo of the upcoming episode has been shared by Colors channel on its Instagram account, in which you can see Vishal Kotian getting furious on Bigg Boss and challenging him.

In the promo video, you can hear Vishal saying that he raised his hand on Jai, he has no rules. I don’t know whether you have the guts to telecast all this or not. When any of us will raise our hands, then we will take a decision after thinking. If you find this rude then nominate me every week. It’s not you who save, it’s the public who save, so I don’t care.

On one hand, where today the atmosphere of the house is going to be full of anger. On the other hand, Tejashwi’s naughty style will be seen by the audience. Tejashwi will be seen flirting a lot with Bigg Boss, whose promo has been shared by Colors channel. Tejashwi tells the family that Bigg Boss is my baby. After this she looks at the camera and says that Big Boss should express your love now. Showing her face without makeup, Tejashwi says to the camera that if I stay like this, what will you like baby. Baby don’t do it, just send our clothes.

Hum Do Hamare Do Teaser: The strange story of adopting parents, the teaser of Rajkumar and Kriti’s film released

Sitting on the bank of the canal, the woman started falling asleep, suddenly an 11-foot crocodile attacked; know what happened then

Will the Congress party win the Uttar Pradesh elections with the Lakhimpur drama of the Gandhi family?