Bigg Boss 15: Karan Kundrra gave his heart to Tejashwi in front of rapper Badshah, got hit with slippers in response 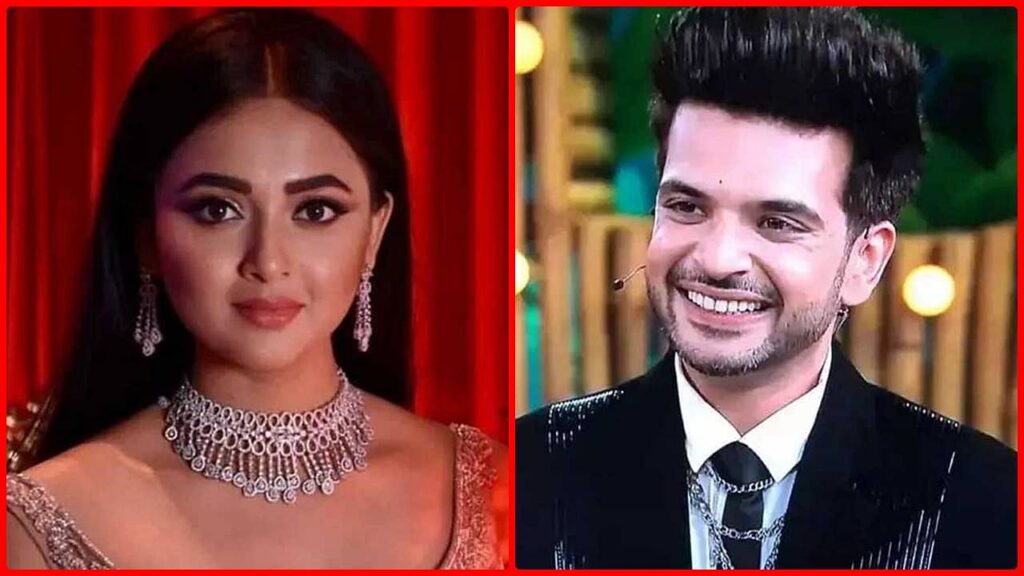 In this task, Karan Kundrra was asked to open the biggest gift box. When Karan Kundra opened this gift, there was a red colored heart-shaped pillow inside that box. On seeing this romantic gift of red color in Karan’s hand, all the family members started taking the name of Teja i.e. Tejaswi Prakash. Karan said that although he wanted to give this gift to Nishant, but now he will give this gift to Tejashwi. Karan further said that he likes Tejashwi a lot because she is in the show as she is and she likes that quality.

However, Tejashwi’s reply to this lovely confession to Karan Kundrra was quite shocking. Tejasswi was hinting ‘Na Na’ to Karan from the beginning and when Karan gave her this gift, she took it. During this, Badshah also asked Tejashwi how he was feeling after seeing this lovely gift from Karan, then he said that Karan feels like Kundra hitting him with slippers. Tejashwi did not stop by answering, but he also hit Karan with a new slipper in his hand.

Karan was also given a gift in the gift task, but this gift was not given to him by Tejashwi but by his special friend Nishant. While presenting a ‘mirror’ to Karan, Nishant said, “I want to give this mirror to Karan Kundra, because slowly his colors are coming out.” On the other hand, Misha has gifted a perfume to Prateek. Giving this gift, he said that Prateek’s personality is stinky. As usual, Prateek started a ruckus in front of the emperor regarding this matter.