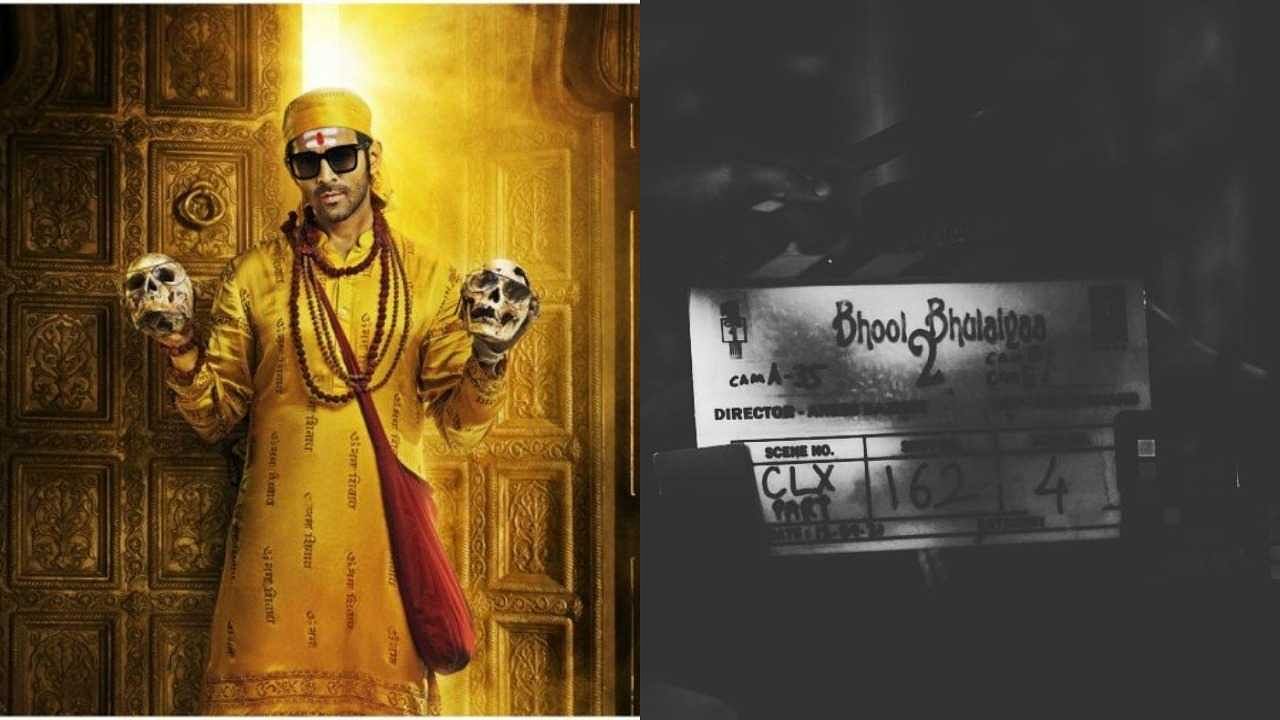 Regarding the film ‘Bhool Bhulaiyaa 2’, Kartik Aaryan has told that he has recently shot one of the most challenging scenes so far.

Bollywood actor Kartik Aaryan rules the hearts of his fans. Karthit’s fans always wait for his films. These days the actor is busy with his film ‘Bhool Bhulaiyaa 2’. He is shooting this film.

In such a situation, he has recently shot one of the most challenging scenes so far. Kartik Aaryan talks about his experience shooting for the climax sequence of this horror comedy

Currently one of the busiest and most deserving stars of the industry, Kartik Aaryan is shooting back to back for his upcoming films. Working with Bhool Bhulaiyaa 2 and Freddy in two completely diverse genres, Kartik Aaryan testifies to his versatility as well as his dedication by shooting for two projects simultaneously.

Sharing his experience shooting for the climax sequence of Bhool Bhulaiyaa 2, Kartik Aaryan said, “Shot 162 One of the most challenging scenes I have ever shot! #BhoolBhulaiya2 Climax Everyone worked hard for it all week and the entire team did a great job. Tried it!! ️❤️”

With a horror comedy and an intense, dark, romantic thriller, Kartik Aaryan has not only physically devoted himself to the characters, but also mentally diving deep into the mold of two different and exhausting personalities.

Apart from Karthik Aryan, Kiara Advani, Tabu, Rajpal Yadav and Sanjay Mishra are going to be seen in the lead roles in the film ‘Bhool Bhulaiya 2’ to be directed by Anees Bazmee.

Carrying an impressive graph of his career with his upcoming line up, Kartik Aaryan made his debut with Thriller Dhamaka, Horror Comedy Bhool Bhulaiyaa 2, Sajid Nadiadwala & Namah Pictures’ grand musical love story, Hansal Mehta’s Captain India, Ekta Kapoor’s Freddy With the promise of interesting performances with some unannounced projects as well. Enthralling the audience with a new version of his persona, everyone is looking forward to Kartik Aaryan!

For the sake of Indian players, Pakistan did the earth and sky one, eating veg did not leave any stone unturned till special security

The meeting of the Union Council of Ministers will be held on Tuesday under the chairmanship of PM Modi, the minister will present the report card of his work