Bharti Singh expressed her pain, said – people used to touch in a wrong way, could not dare to say anything 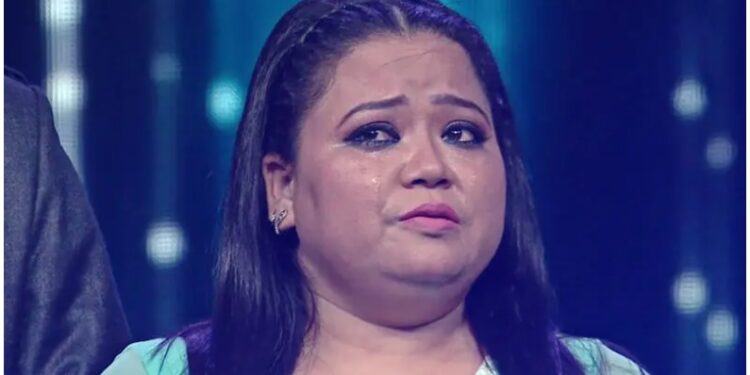 You must have always seen India’s popular comedian Bharti Singh laughing, but recently she has opened some big secrets of her life, which you will also become emotional after hearing.

Bharti Singh, who always makes everyone laugh with her funny style, recently told such an experience that her fans will also be shocked to hear. Actually, recently Bharti reached Maniesh Paul’s new show. During this, Bharti made disclosures from her personal to professional life. Bharti told how the coordinators used to misbehave with her. He said, ‘Many times those who were the coordinators of the event used to behave wrongly. Used to rub hands on my back. I did not like it at all, but then it used to come to mind that if he is like my uncle, then why would he do wrong to me.’

People used to behave wrongly even with mother

Bharti also talked about her childhood and how her mother faced tough times. Bharti said, ‘I have seen how some people used to come into the house and ask for money for the loan they had given. He would even hold my mother’s hand. I didn’t even know at that time that he was behaving badly with her. Once someone had put a hand on his shoulder, then the mother said that you are not ashamed, I do not have a husband and I have children, then will you do this?’

Bharti told that her mother was 24 years old at that time.

Many sorrows suffered in childhood

Bharti told that in childhood she and her family have faced a lot of problems. After the death of his father, his mother and sister worked in a factory and brother in a shop. Apart from this, his mother also used to cook food in other’s homes. Many times it happened that there was not even vegetables to eat in the house. Bharti said, we used to eat black tea and paratha or roti and salt.

Bharti further told that her mother used to make Mata Rani’s dupatta as well and there was always the sound of machine running in the house. Even today when she goes to the costume room of the set, she gets nervous hearing the sound of the machine. She said, ‘I lived in this noise for 21 years and now I do not want to go back to that noise. We have eaten salt roti, but today we eat lentils, vegetables and roti. I only think that our family should have pulses to eat. I never want to see my family in the old situation.