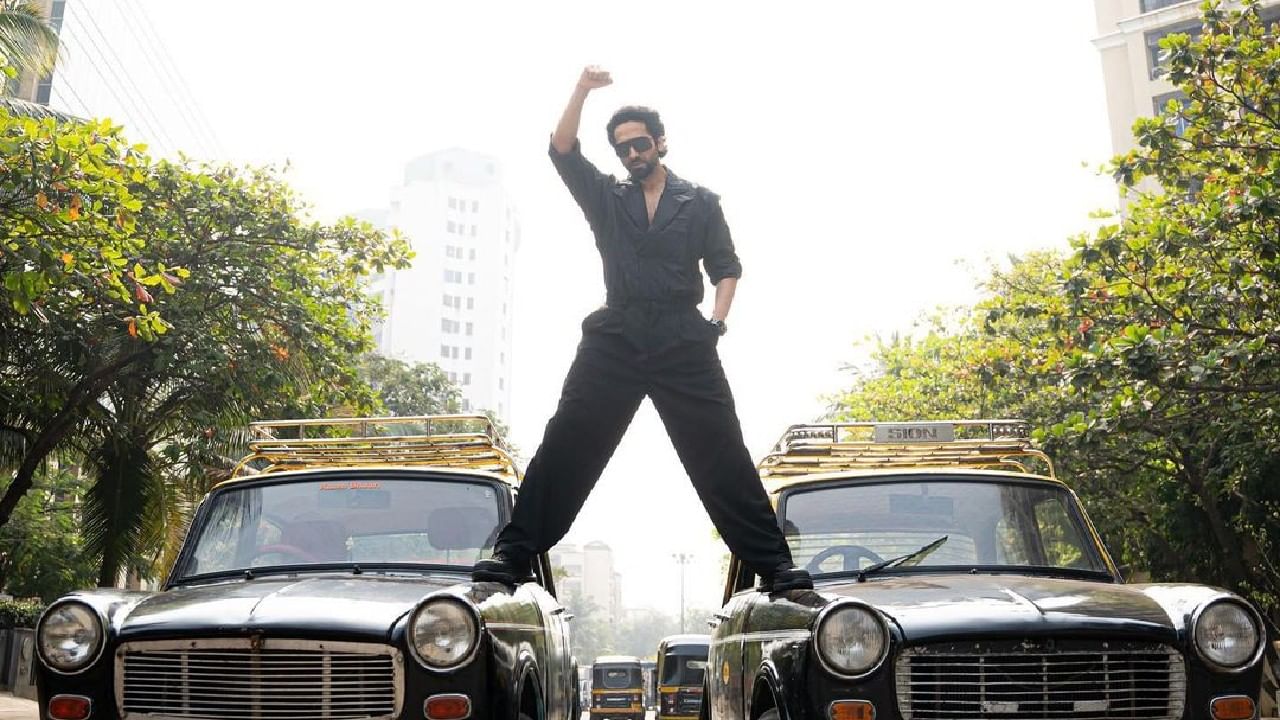 Ayushman Khurana (Ayushmann Khurrana) these days in his upcoming film ‘An Action Hero’ (An Action Hero) are making headlines. The actors are busy promoting the film in a frantic manner. Please tell that this film is going to be released in theaters soon. Ayushmann will be seen in action avatar for the first time in this film. Meanwhile, Ayushmann married Bollywood actor Ajay Devgan (Ajay DevganA great deal has been said about ). He has also mentioned Ajay’s superhit film ‘Phool Aur Kaante’. Let us know what he said after all that he has come into the limelight.

Ayushmann has shared a photo on his Instagram, in which he is seen giving the iconic pose of Ajay Devgan. In the picture shared by Ayushmann, he is seen standing on two taxis with the support of both his feet. Giving the caption with the photo, he has written, Salute to the new action hero, Zee Action Hero. You have to go through a lot of flowers and thorns, friend. Please tell that #AnActionHero is releasing this Friday.

At the same time, Ajay Devgan’s name comes at the top of the list of action heroes these days. His film ‘Drishyam 2’ is popular among the people. In his latest post, Ayushmann Khurrana has also copied the best iconic stunt of Ajay Devgan.

This is Ayushmann’s third film of the year.

It is clear from this picture that how much the actor respects Ajay Devgan. N Action Hero is Ayushmann’s third film after Anek and Doctor Ji which is going to release this year. Let us tell you that both Anek and Doctorji, which were released earlier, did decent business at the box office. With this, now the fans have high expectations from the third film. It will be interesting to see how much people like N Action Hero. Also, what a blast this film makes at the box office.


The film’s song is a shadow on the internet

Some time ago the fun trailer of this film was released, which was also liked by the audience. At the same time, actress Jaideep Ahlawat will also be seen sharing the screen with Ayushmann Khurrana in the film. A song of the film was also released ‘Jeda Nasha’, which is currently trending on social media. In this, Ayushmann’s chemistry with Nora Fatehi is being liked a lot.