Atrangi Re Trailer: Sara Ali Khan was in love with both Akshay Kumar and Dhanush, Atrangi is a love triangle 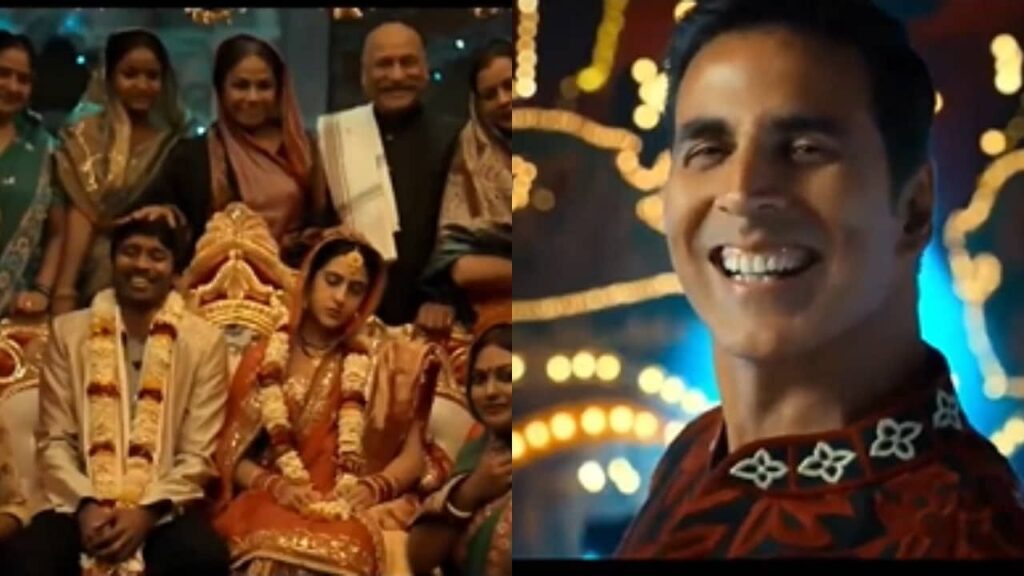 The fans of Sara Ali Khan, Akshay Kumar and Dhanush’s film Atrangi Re were eagerly waiting. The trailer of this film has been released. This is a love triangle story which is shown in a very unique way.

Atrangi Re is going to be released on the OTT platform Disney Plus Hotstar on the occasion of Christmas. The trailer of the film has been released and it is being well-liked on social media. After a long time, the fans have got to see a new pair, due to which they are looking very happy.

here is the trailer

The 3 minute 8 second trailer of Atrangi Re begins with some people catching Dhanush (Vishu) who is married to Sara Ali Khan (Rinku Suryavanshi). Vishu is Tamil and he does not want to marry Sara. All the moodiness is shown there. His entry is made by throwing a bottle at some people. Rinku and Vishu are forcibly married. Both are not happy with this marriage and decide that after reaching Delhi, both will go on their own path.

Rinku is in love with the magician Akshay Kumar (Shehzad), who works in the circus. But as told that it is a love triangle and in the end Rinku and Vishu fall in love with each other. In this strange love story, Rinku also wants Vishu and does not want to distance Shehzad from herself. Now what will be the end of this story, it will be known only with the release of the film.

Full on drama, song and romance is going to be seen in the film. The pairing of Sara and Dhanush is being liked a lot. Akshay Kumar’s entry has also appeared quite different in the trailer. He comes on an elephant and walks in the circus by setting fire to himself.

Sara’s acting is also being praised. She looks quite confident in her character. The film is directed by Aanand L Roy. This film is going to be released on December 24 on Disney Plus Hotstar.

Also read: Abhishek Bachchan had weighed 100 kg for Bob Biswas, was upset when the shooting of the film stopped

VicKat Mumbai Wedding : Katrina Kaif-Vicky Kaushal will first get married in Mumbai and will go back to Rajasthan, know why the decision had to be taken here?

Bhediya BO Collection: How was the wolf’s condition on the first day? Know the earnings of Varun-Kriti’s film

Bhediya BO Collection: How was the wolf’s condition on the first day? Know the earnings of Varun-Kriti’s film

Bijli Song Out: Kiara fell like lightning on Vicky, the actor’s dance impressed

To apply under the recruitment drive conducted by the Union Public Service Commission (UPSC),…

Railway updates: A total of 218 are entirely or partially cancelled by the zones on…

When it comes to the premium of two-wheeler insurance like Bajaj insurance, bike price and…

Putin’s big plan, Ukraine army will be destroyed by Operation BATH, know what is ‘nerve agent’

In the midst of the ongoing war with Ukraine, President Vladimir Putin is now…