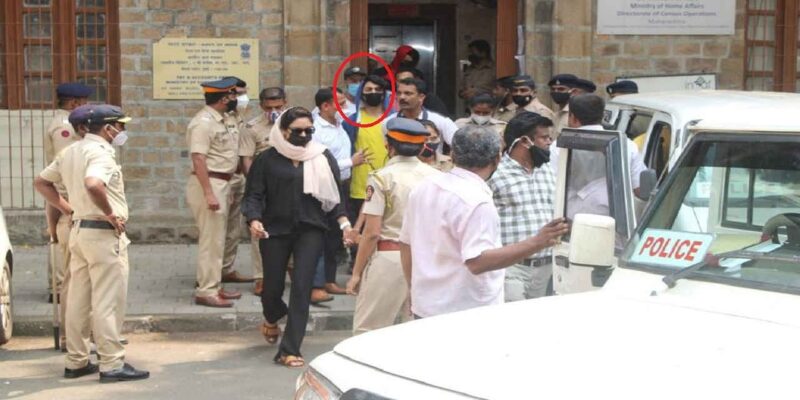 The NCB has also arrested Gopal Ji Anand, Sameer Sehgal, Manav Singhal and Bhaskar Arora on Tuesday in connection with the drugs party on the cruise. All of them work in an event management company named Namas Cray in Delhi. Including these, 16 people have been arrested in this case so far.

Aryan Khan, son of Bollywood star Shah Rukh Khan, is in the custody of the Racotics Control Bureau (NCB) till 7 October in the Mumbai Cruise Drugs Party case. Aryan was also interrogated till late night on Tuesday. According to NCB, Aryan Khan is also being fed food from National Hindu restaurant near NCB office along with other accused. A demand was made from Aryan’s family to provide food, which has been turned down. According to a media report, Shahrukh Khan and Gauri also came to meet Aryan. During this, Gauri had brought a burger for Aryan but NCB did not allow him to give it.

According to the information received, Aryan had asked for some science books from the investigating agency in the NCB lockup, which was provided by the officials. Aryan is also being given food from the same restaurant from where food comes for the rest of the accused. In NCB custody, all the accused are given food together.

NCB produced four people arrested on Tuesday in connection with the cruise drug party in the court. The court has sent the four accused Abdul Qadir Sheikh, Shreyas Nair, Manish Darya, Avin Sahu to the custody of NCB till October 11. Seeing the increasing scope of the case, teams from Delhi, Madhya Pradesh and Gujarat NCB have also reached Mumbai to help in the investigation. The NCB has also arrested Gopal Ji Anand, Sameer Sehgal, Manav Singhal and Bhaskar Arora on Tuesday in connection with the drugs party on the cruise. All of them work in an event management company named Namas Cray in Delhi. Including these, 16 people have been arrested in this case so far.

Soon after Aryan was taken into custody from the cruise, his mobile phone was also confiscated by the authorities. If sources are to be believed, NCB officials have received many important information about drugs through WhatsApp chats. Now to get more information, the mobile phones of Aryan and other accused have been sent for examination to the country’s largest forensic lab in Gandhi Nagar. It is believed that in the coming days, NCB can make many more important revelations related to this matter.

Aryan’s case is being handled by senior advocate Satish Manshinde. He gave many arguments in the court to save Aryan from custody, but the court sent Aryan to custody for three more days. It was said in NCB remand that shockingly objectionable things in the form of photographs have been found in Aryan Khan’s phone. NCB had demanded more custody till 11th. According to sources, several links have been found in the form of chats from Aryan’s phone, which point towards international drug trafficking.

SEBI changes the rules related to REIT, InvIT, unit holders will get this benefit

UP TET 2021: Application process for UP TET will start from tomorrow, check exam schedule here