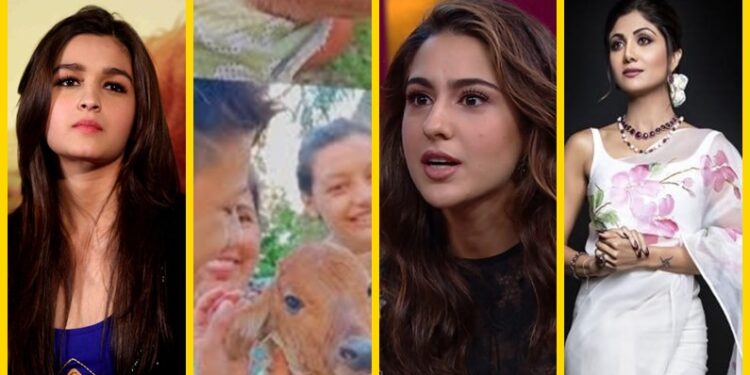 The winner of the show ‘Super Dancer 2’, Bishal Sharma is the son of a milkman. They have named their cows after famous Bollywood actresses.

Now told the name of the calves of the cow

In Sony TV’s Dancing Reality Show Super Dancer Chapter 4, a special episode of ‘Teen Ki Takdi’ was presented today. In this special episode, Bishal Sharma, winner of Super Dancer Chapter 2 Winner, came to make tadka with Anish and his super guru Akash. Bishal Sharma of Jorhat Assam is known for his cows. Because dance lover Bishal has named his cows after Bollywood actresses. Till now he has cows named Aishwarya, Deepika, Katrina.

When Bishal, who had come in the tadka of three, was asked by the judges about his cows, this dancer from Assam replied that now his cows have given birth to a calf. When Geeta Kapoor asked Bishal the names of the calves of his cows, Bishal said that he has named those calves as Sara and Alia. Hearing his answer, all the judges along with Shilpa Shetty, Badshah started laughing out loud. The show’s judge Geeta Kapoor laughed and said that ‘Bishal seems to have brought up all of Bollywood in his house.

dance was set over cows

Actually super guru Akash Shetty, while setting his act with Bishal, had choreographed a dance keeping in mind his love for the cow, for which he got a standing ovation from everyone.

Seeing the dance, Rapper Badshah told him that ‘Till now I have seen, dance makes people sweat, some lose blood, but what is this tabla, where they take out milk by dancing.’ The show’s judge Anurag Basu immediately replied to Badshah that ‘this is Bishal’s tabela’. There you will find Aishwarya, Katrina, Deepika all, you should go there once. Shilpa Shetty also looked very happy with this performance. He said that this act was above super.