After the flop of ‘Radhe’, Salman Khan is now ready to explode, will record many in his name 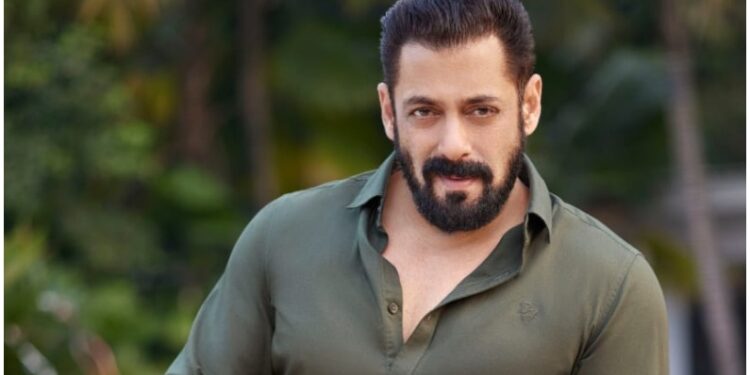 One of the best films of Hindi cinema is Salman Khan’s film Bajrangi Bhaijaan. This film had made many records in its name which are still intact today.

Salman Khan will bring the sequel of Bajrangi Bhaijaan

Salman Khan’s film Bajrangi Bhaijaan was a super hit. The film got a very good response from the audience and critics. The film did well at the box office as well. Released in the year 2015, apart from Salman, Harshali Malhotra, Kareena Kapoor Khan and Nawazuddin Siddiqui were in the lead roles in this film. For a long time, the fans wanted the sequel of this film to be made and now it seems that soon their wish is also going to be fulfilled.

Actually, in an interview given to Pinkvilla, writer KV Vijayendra Prasad told that he is trying to make a sequel of the film. He also told that this has been discussed with Salman Khan and the actor has liked his idea and he is also excited about the sequel.

KV said, ‘I am trying to crack Bajrangi Bhaijaan 2. Some time ago I told Salman about this and he is also excited about it. But I want a proper vehicle to take it forward.

KV told that if all goes well then soon the fans will be able to see the sequel of this film. Let us tell you that in Bajrangi Bhaijaan it was shown how a girl from Pakistan accidentally stays in India. Salman goes to Pakistan to drop her to her country, her home and there she has to face many problems. The story of the film was very emotional and through this film Harshali Malhotra also got a lot of love from the audience.

one of salman best movies

By the way, Bajrangi Bhaijaan was one of the best films of not only Hindi cinema but also of Salman’s career. This film is still included in the list of Bollywood’s highest grossing films. The film had collected more than 300 crores. It has been 6 years since the release of the film. Let us tell you that right now Salman wants a hit film because his last released film Radhe flopped. So now maybe Salman is preparing to make new records in his name through the sequel of Bajrangi Bhaijaan.

In the last, Salman is accompanied by his brother-in-law Ayush Sharma in the lead role. Salman is also producing the film. At the same time, Katrina Kaif and Emraan Hashmi are in the lead role with Salman in Tiger 3. Salman and Imran are going to work together for the first time. Emraan will be seen opposite Salman in the film.

read this also- Khatron Ke Khiladi 11: Rohit Shetty furious at Nikki Tamboli, the actress was out of the show in the first week itself