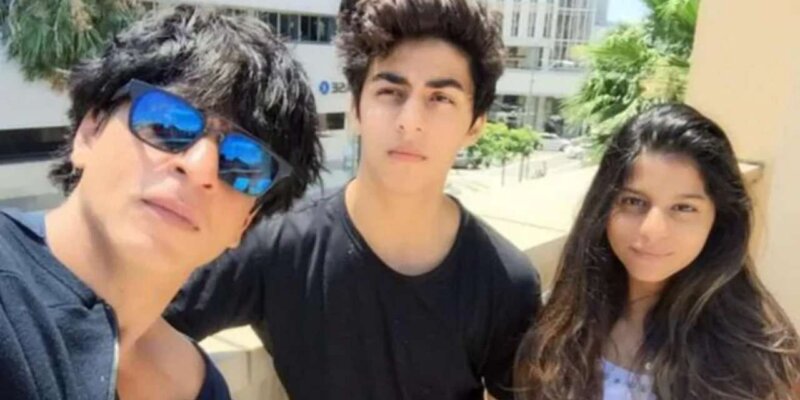 Shahrukh Khan has been ruling the hearts of fans for years. His fans are always eager to have a glimpse of the actor. Recently, King Khan is in the headlines due to the son Aryan going to jail.

Aryan Khan, son of Bollywood star Shahrukh Khan, is in jail these days in a drug case. Aryan Khan was recently arrested, after which the star kid has been sent to NCB remand till October 7. Aryan was detained for attending a drug party in a cruise ship from Mumbai to Goa Is. Now after Aryan’s going to jail, sister Suhana Khan has taken a big step.

Let us tell you that Suhana Khan is very active on social media, but she is still far away in Bollywood like Aryan. In such a situation, Suhana has figured out a way to avoid trolling after her brother goes to jail.

After Aryan’s arrest, different types of reactions are coming out on social media. Users are also taking a lot of criticism against Shahrukh Khan. This is the reason why Aryan’s sister Suhana Khan has taken a big step and closed the comment section on her Instagram.

Till now Suhana’s comment section was open but after Aryan’s arrest, she has closed it. In such a situation, it is being speculated that Suhana Khan has done this to stay away from negativity and trolling. Suhana is also being criticized on social media.

In such a situation, Suhana has taken this big step to avoid haters so that no one can give any negative reaction on her. Many of her fans are also praising this step of Suhana. Suhana is currently completing her studies by living abroad.

Aryan will be in jail till 7 October

Let us tell you that Aryan Khan has been presented before the court twice on behalf of NCB, in such a situation, now the court has asked to keep the actor’s son in the custody of NCB till 7 October. No reaction has come from King Khan’s family since Aryan went to jail.

IPL 2021: These two batsmen are negligent after getting selected in the Indian team, former cricketer raised the question