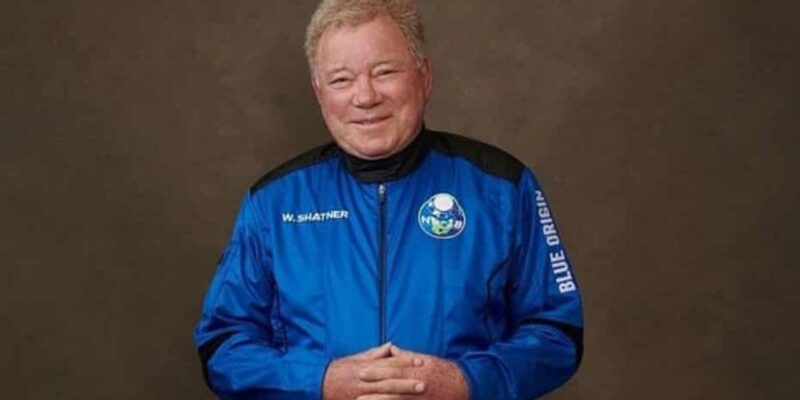 William Shatner made space travel at the age of 90

There is a world far away from the earth which is called space. We keep seeing the beauty there literally. But if someone gets a chance to see the sight of space in reality, then imagine how his feelings will be. The same happened with veteran actor-director William Shatner.

William Shatner became emotional after traveling in space. His years old dream has come true. ‘Star Trek’ fame William Shatner did this feat at the age of 90. Now he has become the oldest astronaut in the world. As soon as he came back from his space journey, he cried emotionally. Sharing his experience, he said that the experience was “extraordinary”.

Even before this, Jeff Bezos’s space company was launched on July 20, when NASA member Volley Funk was in that group, who was 83 years old. This record was in his name but now his record has been broken by William. Now he is the oldest person to travel in space.

The fully automatic and reusable New Shepard rocket’s booster and capsule landed separately, with the capsule landing in a parachute in the West Texas desert within minutes of its launch into space. The live telecast of Blue Origin continued throughout this time. Within 2 minutes of launch, the sound of the New Shepherd rocket had accelerated to space at 3 times the speed.

Speaking to Amazon founder and Blue Origin CEO Jeff Bezos after the flight, he said, “I am filled with emotions about what just happened. This is extraordinary. He further added that “I hope I can maintain what I am feeling now. I don’t want to lose it. It’s bigger than me and life.”

William Shatner, a member of the group of astronauts, shared his feelings, saying that this is the most profound experience I can imagine. The “Star Trek” actor described the journey as a “life-changing” moment.
“Life is changing in its own way, not because of the Hawaiian adventure, but because of the people I’m meeting,” he said in a livestream video of the incident. Expressing happiness, he said, “We are just in the beginning, but how wonderful that beginning is, how extraordinary it is to be a part of this beginning.”

The crew raised it to an altitude of about 66 miles on a sub-orbital flight, after which it began to feel weightless, but a few minutes later they began their descent and their capsule went back to Earth. The crew descended into the desert at a speed of about 15MPH. It was later confirmed that the astronauts were fine after the flight, and a recovery team was dispatched to retrieve them from the capsule.

Dhoni’s 9-year-old defeat is hinting at Chennai becoming IPL 2021 champion, you will be surprised to see the coincidence