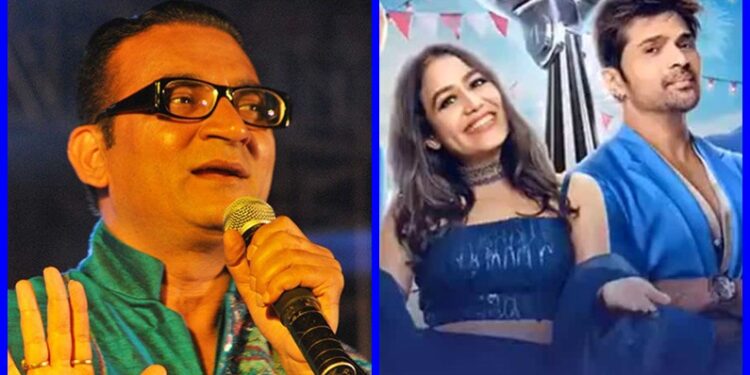 Criticizing some judges of reality shows, singer Abhijeet Bhattacharya has said that those who promote themselves are not the ‘real judges’.

Singer Abhijeet Bhattacharya, who recently came as a guest judge on Indian Idol 12. After his experience on Idol, he has reprimanded the judges of the reality show for being self-centered and experience zero. He said that he also spoke to Anu Malik about this and he also agrees with him. Without taking names, he has targeted Himesh Reshammiya and Neha Kakkar.

Slamming some judges of reality shows, singer Abhijeet Bhattacharya has said that those who promote themselves are not the “real judges”. The popular 90s singer further said that he could never be a part of the reality show as he had objections to sharing the stage with some people.

Questions raised on the selection of judges of reality shows

In an interview given to an online YouTube channel, Abhijeet Bhattacharya said that when he was called to join the show, he said, ‘I don’t need work. I myself am giving people work. But put on whatever khursi I despise. He further said, in reality shows, they call people who have sung four songs in their life. Those people are made judges who have not done anything special for music. These people are just commercial singers. He has given hit songs, but his contribution towards music is not at all.”

He further added, “If RD Burman was alive today, he might not have been invited to the reality show. I am not given an award. It is the similarity between me, RD Burman and Kishore Kumar that no one ever recognizes us three great people. These people are exposing themselves by ignoring me.” Now it will be interesting to see how the makers of Indian Idol will respond to this comment of Abhijeet.

Who is Abhijit Bhattacharya

Let us tell you, Singer Abhijit Bhattacharya started his career by singing a song in the film of Sunil Anand, son of Devanand. This singer, who came from Kanpur in Uttar Pradesh to Mumbai, has sung songs in more than 15 languages ​​like Bengali, Gujarati, Marathi, Odia along with Hindi so far.

Expensive: Aditi Rao Hydari’s killer look in Sharara set, do you know the price of the dress?