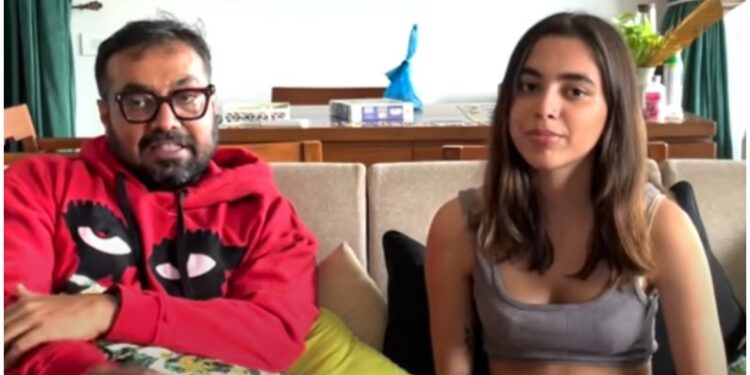 A few months ago, an actress named Payal Ghosh had accused Anurag of sexual harassment and Payal had also lodged an FIR against Anurag at the Versova police station.

Aaliyah Kashyap, daughter of filmmaker Anurag Kashyap, is often in the news for her bold statements, pictures on social media. Alia does not shy away from giving her opinion on any issue. Whether it is her love life or the issue of becoming a mother before marriage, Alia gives an open and clear answer to everything. Now he has given a statement on the allegations of #MeToo against his father.

In an interview, Alia has said that when her father was accused of #MeToo in 2020, Alia was very upset with this whole matter. He said that those who know his father consider him a ‘soft teddy bear’ and those who do not know him as a bad person. She was also deeply saddened by the claims of sexual harassment because she said that it was all very misrepresented in front of everyone.

Father kept away from all the controversy

Alia said that she does not hate but worries about this. ‘I was really worried after these allegations. I know that because of these reasons I have to face the hatred of people for my father. Alia believes that people who talk like this do not have anything better to do in life but my father has kept me away from all this because he cares about me.

Actually, a few months ago, an actress named Payal Ghosh had accused Anurag of sexual harassment and Payal had also lodged an FIR against Anurag at the Versova police station. The director has also been questioned in this matter, after which Anurag had to face a lot of trolling on social media.

Have special bonding with father

Not the film but lives in the headlines from his YouTube channel. Videos of Alia Kashyap’s blog quite popular in cyberspace are very much discussed and recently her Asking Your Dad Awkward Question session with her father became quite viral.

In which Alia asked many unanswered questions to Anurag. She had asked what would Anurag do if she got pregnant before marriage? On this Anurag had said that – When you become big and adult, then you take the decisions of your life on your own. I probably can’t say anything on this issue. But I would be worried. stay safe Keep the phone on. Call me whenever you need.

Latest pictures of Raj Kundra, see how he was in police remand for two days