19YearsOfDevdas: After 19 years, Shahrukh Khan told why he had the biggest problem on the sets of ‘Devdas’ 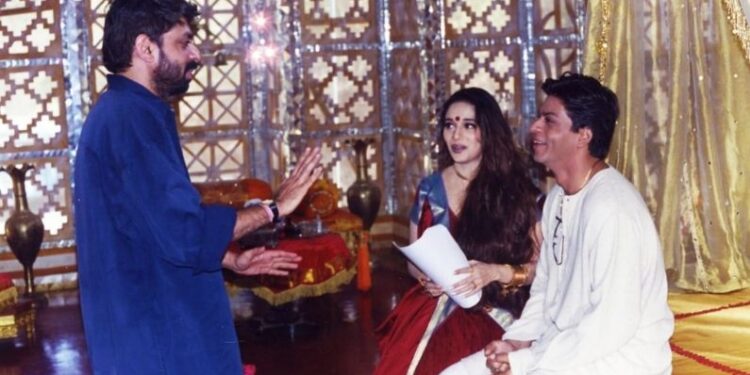 King Khan i.e. Shahrukh Khan is famous for his humour in Bollywood, where actors often use it for talk. In such a situation, Shahrukh Khan has presented a small sample of ‘Devdas’ on the completion of 19 years (19 Years Of Devdas).

The famous Bollywood film ‘Devdas’ has completed 19 years of its release today. In this film, we saw Shahrukh Khan, Madhuri Dixit and Aishwarya Rai in the lead role. This film was directed by famous Bollywood director Sanjay Leela Bhansali. The film was given a lot of love by the audience and the film proved to be a super hit at the box office. In such a situation, the team of the film is celebrating this film today. Sanjay Leela Bhansali had invested a lot of money to make this film. This film was a dream project for the director. Where today on this special day, the cast of the film has shared many pictures related to the film on social media.

Actor Shahrukh Khan, who plays Devdas in this film, has also written a special post for this film. The actor wrote in the tweet, “Several nights, returning to work early in the morning, amidst many problems, we shot this film with the beautiful Madhuri Dixit. With the wonderful Aishwarya and cheerful Jackie Shroff, we completed this film in a very spectacular manner. All this was possible with the help of Bhansali ji, there was only one problem, my dhoti used to fall again and again.

Madhuri Dixit has also said in a special tweet some time ago that she considers this day very special. He has written in his tweet that even after 19 years, it is as much fun to watch this film as we had at the time of making it. The actress has told that this film is still as fresh as it was 19 years ago. Madhuri Dixit has also thanked Sanjay Leela Bhansali for sharing the pictures of the film.