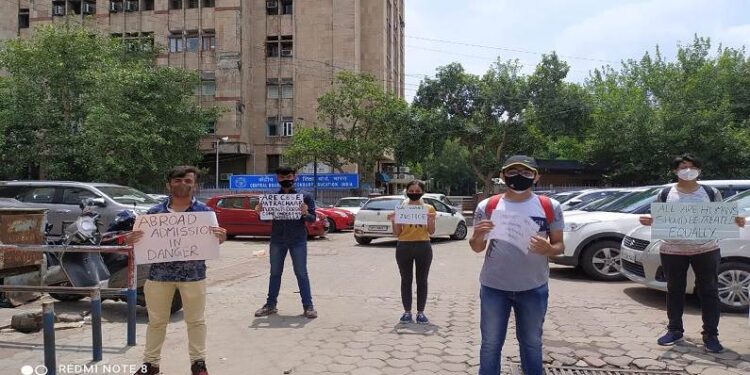 CBSE Class 12 Private Exams: Students protested outside the board office today in protest against CBSE’s 12th private examinations. Also, the students got the hashtag #WakeupCBSE trending.

Due to the corona epidemic, this year most of the boards had canceled the 10th and 12th examinations on the lines of CBSE. However, the examinations of private students were not cancelled. CBSE on Wednesday declared the exam dates for class 12 private/correspondence and second compartment students. Around 1 lakh students of CBSE 12th private/correspondence and second compartment are protesting against the examinations. Students say that there should not be a difference between regular students and them, they should also be promoted. Students have been running a campaign on Twitter for the past several days. A letter has also been written to the Union Education Minister Dharmendra Pradhan regarding this matter. 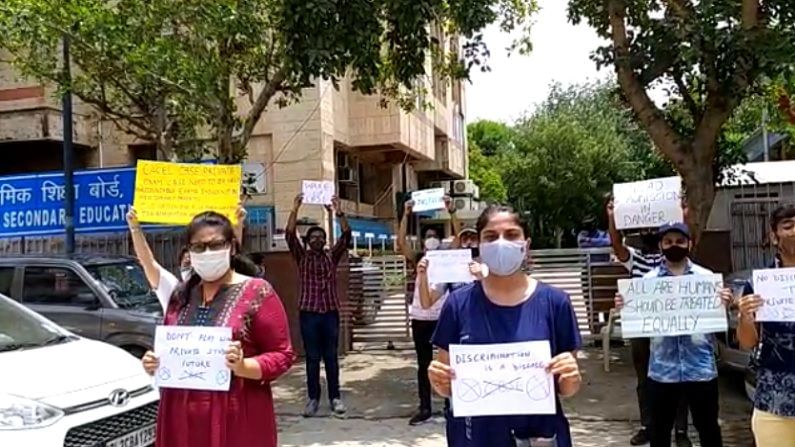 Students of private/correspondence and second compartment say that when regular exams were canceled, they had mailed to CBSE, CBSE controller of examination restraint in mail to students on whether private exams were canceled or not It is received from Bharadwaj that all the examinations have been cancelled. Later, when CBSE released the evaluation policy for class 12th, it was given in its circular that the examination of private/correspondence and second compartment students would be conducted after the situation of Corona epidemic improved. After this circular, the protest of the students started.

What are the main problems of the students?

A student said, “While regular students are busy preparing for competition and higher education, private students are worried about what will happen to their future. Many entrance exams like NEET-UG, CLAT, JEE-Mains are proposed in the coming days. Something like NEET-UG is to be held on 12th September. Now these students should prepare for entrance exam or board exam. There are also many such students who have enrolled to study abroad and they have to register their attendance with their documents on or before 15th August, but due to lack of examination results of those students they are deprived of enrollment. can be. Students have also deposited huge fees there, this is a very serious issue. In the interest of the students, the government should take a decision to cancel the examination of private/compartment/correspondence students at the earliest.”

Students say that at first they were not given clear information about the private examinations whether it would happen or not, later it was told that the examination would be held. Other exams are being held so late that they may have trouble getting admission. At the same time, many students have deposited the admission fees abroad, but their 12th examination could not be done here, the result is still far away, so there is a danger of cancellation of their admission.

What does CBSE have to say?