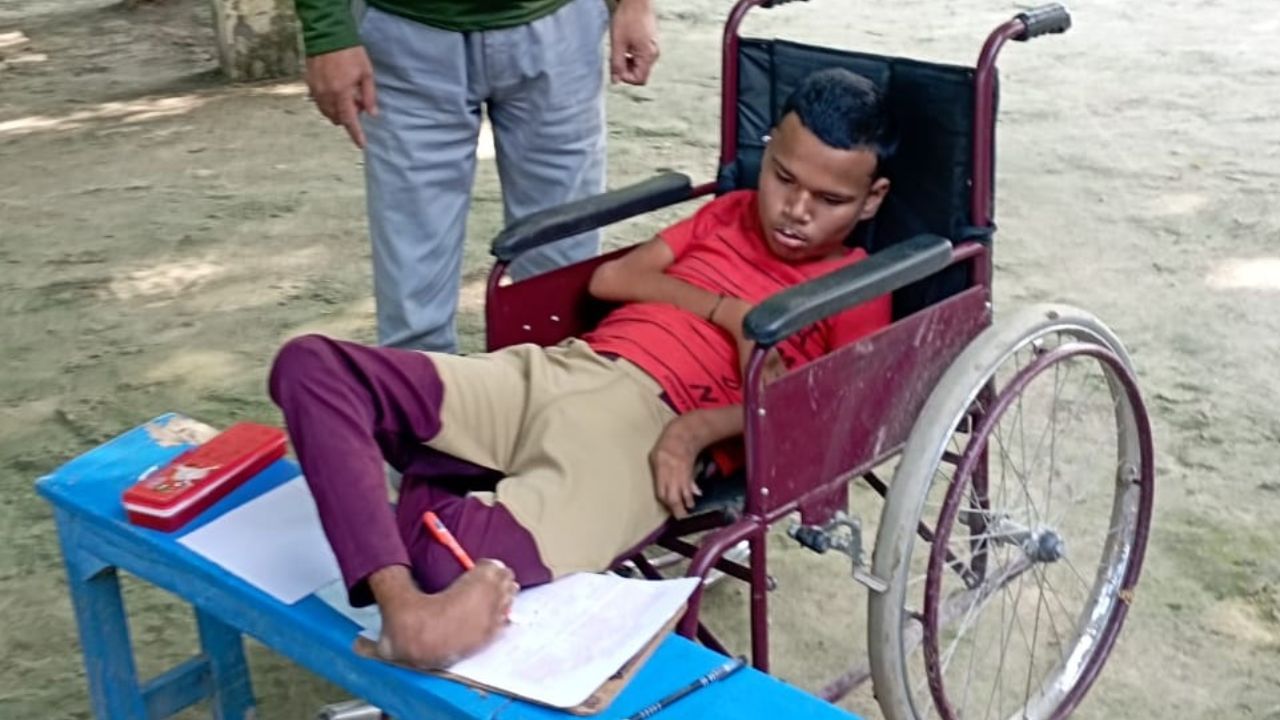 Sultan, who lives in Unnao, is very fast in studies. Seeing his passion for studies, his father got admission in a government school. In the half yearly examination, he has written the examination by foot.

It is said that those who try never give up. Today such a picture is proving the whole proverb to be true. Unnao A picture of a student taking an examination in a private school has surfaced. In this picture, the student is taking the exam by writing with his feet because the student is handicapped by birth. This student had the urge to read, but due to handicap, he made a habit of writing with his feet. Now writing works with feet only. When I gave the half-yearly examination by writing with my feet, the principal and teachers of the school were astonished.

Sultan is quick to read

The student is the son of Ali Ahmed, a resident of Sultan Rawatpur. Ali Ahmed has two more sons. The third son Sultan is handicapped since birth. When brothers used to go to school, Sultan also liked to study. Seeing his passion for studies, his father enrolled in a government school. Where he slowly learned to write on his feet.

After studying till class VIII, Subhash enrolled in Inter College for class 9. The teachers were surprised to see there writing with their feet. The principal reduced the fees after seeing Sultan’s dedication in studies. Under the new education policy, he has written and submitted his copy in the half yearly examination. At the same time, the teachers say that the society should take inspiration after seeing the Sultan. Sultan is also a good student in studies.

sultan Ali Ahmed’s father says that he is proud of his son. Due to being born handicapped since birth, all the members of the family also take special care of them. Surely the skill of the Sultan will give him big opportunities. The courage and courage of the Sultan is being discussed everywhere.

ChatGPT block in Bengaluru colleges! Action will be taken if the assignment is done with the help of AI