Razia Sultan of Bihar became the first Muslim woman DSP of the state, know everything about her 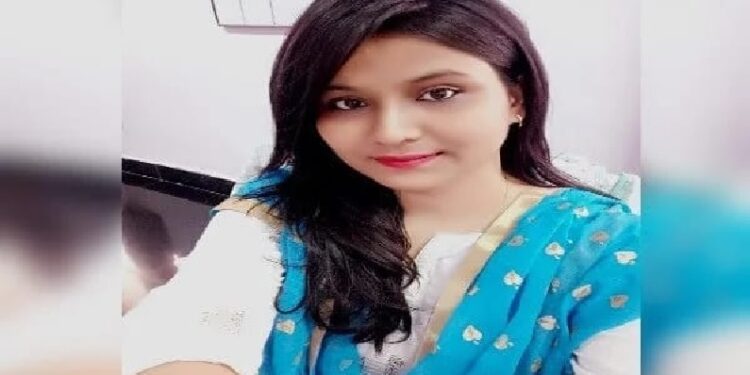 Razia Sultan is working as Assistant Engineer in Electricity Department. But now soon she is going to leave this job and be seen in khaki uniform.

Bihar Public Service Commission had recently released the result of 64th Combined Competitive Examination. A girl has created history in this examination. Razia Sultan, a resident of Gopalganj, has become the first Muslim woman to be selected as DSP. At present, Razia Sultan is working as Assistant Engineer in the Electricity Department of the Government of Bihar. But now soon she is going to leave this job and be seen in khaki uniform. Razia hails from Gopalganj in Bihar, but completed her schooling from Bokaro in Jharkhand as her father, Mohammad Aslam Ansari, was posted as a stenographer at Bokaro Steel Plant. He passed away in 2016. His mother still lives in Bokaro. Razia told that she is the youngest among six sisters and one brother.

How did Razia become DSP from engineer?

According to Razia, after passing 10th from Bokaro in 2009 and then 12th in 2011, she went to Jodhpur from where she studied electrical engineering. Razia said that she wanted to take the Public Service Commission exam since childhood. Getting selected for DSP was like a dream come true. She was preparing for the BPSC exam since she joined the Bihar government’s electricity department as an assistant engineer in 2017. In 2018 Razia gave the BPSC Preliminary exam and then passed the Mains exam in 2019. After this interview was given and in the results declared this year, he was selected for the post of DSP.

Very excited to serve as a police officer: Razia

In an interview, Razia said, “I am very excited to serve as a police officer. Sometimes people do not get justice, especially women. Women shy away from reporting any incident of crime against them to the police. I will try to ensure that such cases are reported.”

He also expressed concern over the lack of education of girls especially in the Muslim community and appealed to the parents to support the child to fulfill their dreams.

Razia Sultan also supported girls wearing hijab or burqa and said that it cannot be a hindrance for girls who want to go to school or college.

Razia, who has recently recovered from corona infection, also appealed to the Muslim community to dispel rumors and misconceptions about vaccination and get the vaccine to save lives.

Also read: IAS Success Story: After leaving the job and preparing for UPSC, even after failing, did not give up, became IAS