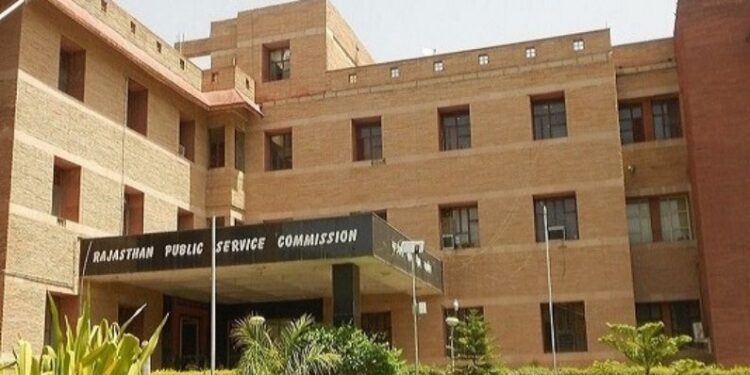 RAS Entrance Exam 2018: Mukta Rao of Jhunjhunu got the first place among the top-10 candidates. On the second place was Manmohan Sharma of Tonk.

RAS Entrance Exam 2018 Result: The final results of the Rajasthan Administrative Services Combined Competitive Examination 2018 conducted by the Rajasthan Public Service Commission were released on Tuesday. The commission had completed the interviews on Tuesday and declared the results last night. The commission has released the list of top-10 toppers, according to which Mukta Rao of Jhunjhunu is the topper. On the other hand, Manmohan Sharma of Tonk has secured the second position. In third place is Shivaksha Khandal of Jaipur.

Most of the candidates in the list of top-10 toppers are from Jaipur. In this two people are from Jhunjhunu. In the list of top-10 toppers, Mukta Rao of Jhunjhunu became the topper, Manmohan Sharma of Tonk in the second place, Shivaksha Khandal of Jaipur on the third, Nikhil Kumar of Jhunjhunu in the fourth place, Varsha Sharma of Jaipur on the fifth, Jaipur on the sixth place. K Yashwant Meena, Ravi Kumar Goel of Alwar on the seventh, Binu Deval of Jalore on the eighth, Vikas Prajapat of Tonk at the ninth place and Siddharth Sandhu on the tenth.

This recruitment exam was conducted by Rajasthan Public Service Commission for 1051 posts. Out of the total posts, 1014 posts are included in non-TSP and 37 posts of TSP area. To check the result, candidates can visit the official website of the commission, rpsc.rajasthan.gov.in or can also click on the direct link given below.

Giving information, Secretary of the Commission, Shubham Chaudhary said that the interviews for the RAS-2018 recruitment examination were first conducted from 22 March 2021 to 16 April and then from 21 June to 13 July, which were completed on Tuesday. 2012 candidates participated in the interview. The commission has released the roll number, merit number and category of the candidates of non-TSP and TSP area separately on its website.

Also read: NEET (UG) 2021: NEET exam will be conducted in 13 languages ​​for the first time, exam center opened in Kuwait