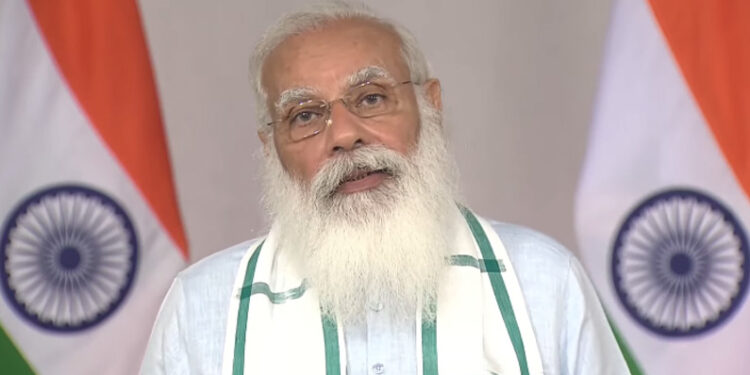 The National Education Policy 2020 emphasizes on creating an ecosystem to empower the youth and prepare them for leadership roles in the future.

Prime Minister Narendra Modi said on Tuesday that a scheme has been launched with the objective of forming a group of writers below the age of 30 to promote Indian heritage, culture and knowledge, which will create “interesting opportunities” for the youth. So that they can enhance their writing skills and contribute to the intellectual dialogue of the nation. Modi shared the program information link on Twitter. The link states that the National Education Policy 2020 emphasizes on creating an ecosystem to empower the youth and prepare the youth for leadership roles in the future.

It said, “To fulfill this goal and on the occasion of 75 years of India’s independence, this national scheme ‘Yuva: Prime Minister’s Scheme for Mentoring Young Authors’ (Yuva: Prime Minister for Guiding Young Writers) Scheme) will play an important role in laying the foundation of tomorrow for these leaders.” Under this scheme, a group of writers below the age of 30 years will be formed, who are ready to express themselves and present India on the international stage. .

The link states that this will help in presenting Indian culture and literature on a global scale. It said, “As the country approaches 75 years of independence, the scheme envisions to produce modern ambassadors of Indian literature. Our country ranks third in the field of book publishing and to further promote this treasure trove of indigenous literature, it is necessary to present it at the global level.

The National Book Trust under the Ministry of Education will implement this scheme in a phased manner. A total of 75 writers will be selected through the All India Competition. “The scheme will not only help in producing writers who can write on multiple subjects to promote Indian heritage, culture and knowledge, but it will also help aspiring youth to express themselves in their mother tongue,” the link states. And will also give an opportunity to represent India at the international level.

“This program will be in line with the vision of the Prime Minister to ‘establish India as a Global Citizen and Vishwa Guru’,” it said.