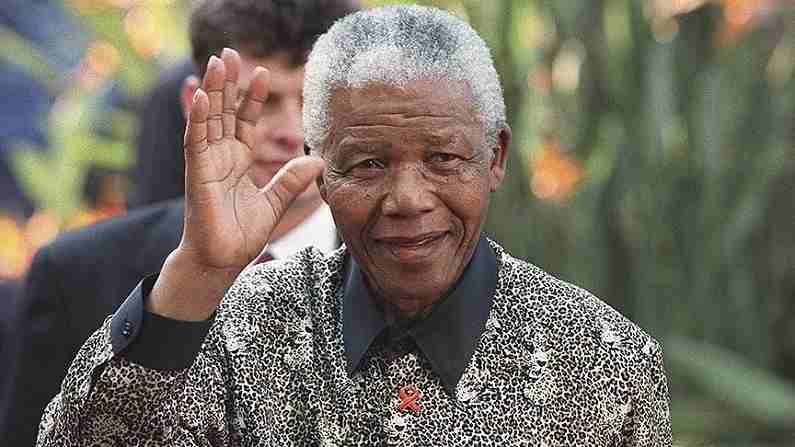 Nelson Mandela Day: Today is the birth anniversary of Nelson Mandela. Nelson Mandela was called the ‘Gandhi’ of Africa. Known as an ambassador of peace around the world, the contribution of Nelson Mandela in the fight against apartheid cannot be forgotten. Like Gandhi, Mandela was a person who followed the path of non-violence. Mandela spent 27 years in prison fighting against apartheid. Nelson Mandela International Day is celebrated every year on 18 July by the United Nations to commemorate the birth anniversary of former South African President Nelson Mandela, who won the Nobel Prize for Peace. Its decision was taken on 18 July 2010. This decision was taken to honor such a great person who not only worked for the betterment of common people but also paid the price for it.

After joining the African National Congress in 1944, Nelson Mandela launched a movement against apartheid. In the same year, he founded the African National Congress Youth League with his friends and allies. In 1947, he was elected secretary of the League. In 1961, Mandela and some of his friends were tried for treason, but they were considered innocent in that. On 5 August 1962, he was arrested for inciting workers to strike and leaving the country without permission. He was tried and sentenced to life imprisonment in 1964. From 1964 to 1990, he had to spend 27 years of life in prison for fighting against apartheid and injustice. He was kept in a prison on Robben Island where he had to work as a coal miner. During this he wrote his biography secretly. His biography written in prison was published in 1994 in the form of a book called ‘Long Walk to Freedom’.

He was released on 11 February 1990 after spending 27 years in prison. After his release, he laid the foundation for a democratic and multiracial Africa by a policy of compromise and peace. In 1994, South Africa held a non-apartheid election. The African National Congress got 62 percent of the votes and formed its government with a majority. On 10 May 1994, Mandela became the first black president of his country.

Also read : Current Affairs:All the people of Ladakh got the first dose of the vaccine, Sher Bahadur Deuba became the new PM of Nepal, know the big news

NEET Exam Tips: Ask yourself these questions, chances of cracking NEET will increase