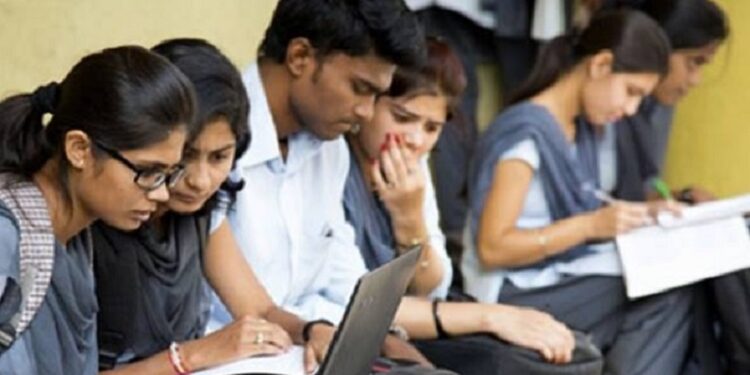 Karnataka Board 10th Exam 2021: In view of the current situation of Corona epidemic, the government has also arranged for transport to take the children to the examination centers.

KSEEB SSCL 2021: In the midst of the second wave of the COVID-19 epidemic, the SSLC ie class 10th board examination in Karnataka is starting from today. While various states, including CBSE and ICSE, had canceled the board exams, the Karnataka government had decided to conduct the exam, flouting the Corona rules.

The Secondary School Leaving Certificate (SSCL) examinations of Karnataka Secondary Education Examination Board (KSEEB) will be concluded in two days. According to the information received, 8.76 lakh students have registered for the Karnataka Board Class 10 examinations. The main subjects will be the examination which will include Science, Mathematics and Social Science. On July 22, there will be examinations for language papers. The duration of SSLC exam will be of three hours. The exam will be conducted on OMR sheet consisting of Multiple Choice Questions (MCQs).

In view of the current situation of Corona epidemic, the government has also arranged for transport to take the children to the examination centers. Karnataka Primary and Secondary Education Minister S Suresh Kumar said that the Managing Director of the Transport Corporation has issued a circular allowing children to travel in buses free of cost by showing their admit cards. Instructions have been given to ensure that no child is left out in the examination due to lack of vehicle.

Earlier on May 23, in an interview after a high-level meeting between the Center and the states, State Education Minister Suresh Kumar had said that the state government had said that no decision has been taken to cancel the Karnataka SSLC, PUC examination. . Class X and XII examinations have only been postponed and tentative new dates can be announced in July and August.

Schools will open from 26th July

Colleges in Karnataka are reopening from 26 July 2021. It has been decided by the state government that institutions of higher education will be allowed to partially or fully reopen only for vaccinated students and staff. Detailed guidelines have been issued by the government in this regard. It has been decided to allow only vaccinated students and staff to come to the campus. At the same time, no decision has been taken yet on reopening schools across the state.

Also read: School College Reopening: Colleges will open in Jammu and Kashmir after July 31, the staff who get the vaccine will get entry