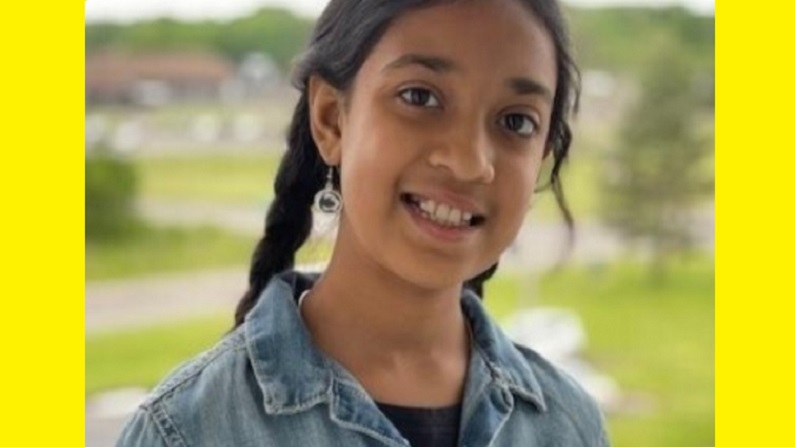 Indian-American student Natasha Peri has been declared the most talented student in the world. 11-year-old Natasha Perry has been named the world’s brightest student by a top US university for her exceptional performance in the SAT and ACT standardized tests.

For the last four-five days, a cute picture of this little angel has been doing the rounds on social media. Wearing an innocent smile on her face, the most popular hairstyle of this age-two braids and buns in her ears, Perry said of her achievement, “It inspires me to do better.” He said that reading Doodle and J. R. R. Tolkien’s novels has helped him. Natasha Peri was given the title after high grade-level test results among 19,000 students from 84 countries.

This exam was given in 5th class

Johns Hopkins CTY uses this grade-level test to identify talented students from around the world and expose their true academic abilities to the world. Perry took this exam in 2021 when she was in the fifth grade. She was successful in making it to the ‘High Honor Award’ of ‘Johns Hopkins CTY’. A student of Thelma L. Sandmeer Elementary School in New Jersey, Perry has been honored by the Johns Hopkins Center for Talented Youth Talent (CTY) for her exceptional performance on the SAT, ACT or similar assessment, they said in a statement. .

She was one of around 19,000 students from 84 countries who appeared in CTY in the year 2020-21 talent hunt. CTY conducts the ‘Above Grade-Level’ test to identify meritorious students from around the world and provide a clear picture of their true academic potential.

Toppers on the SAT and ACT

The School Assessment Test (SAT) and the American College Examination (ACT) are both standardized tests on which many colleges determine whether to admit a student or not. In some cases, companies and non-profit organizations also offer merit-based scholarships based on these scores.

Announcing the results of the test, Virginia Roach, executive director of CTY, said, “We are thrilled about the success of these students. There was nothing in this whole year that could be called good, but the talent and zeal to learn made it great. We will be happy to help these children grow as scholars and citizens in their high school, college and beyond education and life in the days to come.

Also read: When crores of Indians vowed to be martyr together, know interesting facts related to ‘Quit India Movement’ on the anniversary

‘Shameful’ pictures of cheating in Bihar board exam…