GK Tricky Questions: What are pakodas called in English? Know the answers to such interesting questions 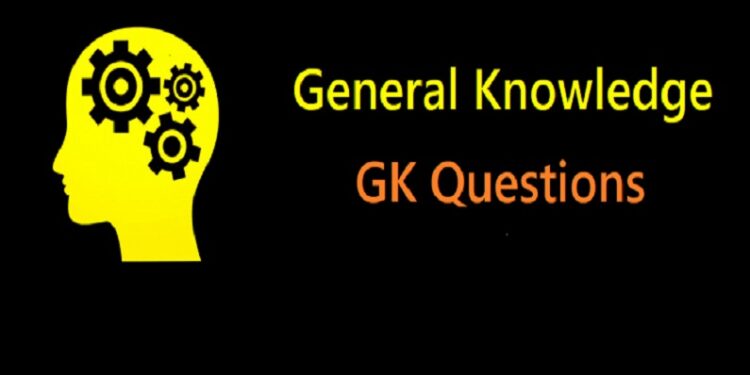 GK Tricky Questions: General knowledge questions are definitely asked in the written and interview round of any level of competitive examination.

Know the answers to some tricky questions of general knowledge

GK Tricky Questions: General Knowledge questions are definitely asked in any level of competitive examination. If we look at the interviews and written examinations of the last few years, most of the questions are related to social science, economy, science, sports, big events in the country and abroad and things around us. The interviewing officers often ask questions to the candidates appearing in the interview round in such a way that it takes time to answer or wrong answers are given in a hurry.

There is often an atmosphere of fear among the candidates regarding the subject of General Knowledge. It is not certain when and where to ask questions in this subject. This is the reason why more questions are asked in the interview round. Here we will tell about some such tricky questions which are often asked in examinations.

Question 1- Which was the first game played on the moon?
answer- In 1971, on 6 February, Apollo-14 touched the surface of the moon. Astronaut Ellen Shepherd, who went on this mission, was a golfer and he also took golf sticks and golf balls with him on this mission.

Question 3- Which is such a flower whose weight is up to 10 kg?
answer- Reflexia. (Reflesia flower is mainly found in Malaysia and Indonesia)

Question 4- What are pakodas called in English?
answer- Pakodas are called Fritters in English. Although this word is used for all types of dumplings, just next to it you have to write the English name of potato or onion like – Potato Fritters or Onion Fritters.

Question- 6. Why do dreams come while sleeping?
answer- According to scientific research, every person dreams two-three times during sleep. Some remember it and some forget it. Dreams related to the mental state of the person while sleeping are visible.

Question- 8. In which war was Tipu Sultan martyred?
answer- This is a tricky question, the answer is – Tipu Sultan was martyred in his last war.

Question- 10. Who is called the father of the solar system?
answer- to the sun