GK Questions: In which country the President’s term is only for one year? See the answers to such interesting questions 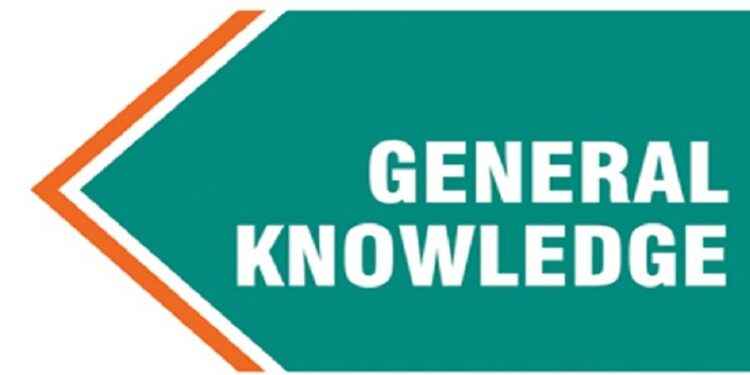 General Knowledge Questions: General knowledge is the most important subject for the preparation of any competitive exam.

GK Questions: General Knowledge (GK Questions for Exams) is the most important subject for the sure preparation of any competitive exam. In this subject questions related to economy, social system, politics, history and abroad are asked. However, there is no fixed syllabus for this subject.

For the sure preparation of General Knowledge subject, one should keep a hold on newspapers and news of the country and abroad. Most of the candidates take the help of various books and guides to prepare for this subject. However, questions are often asked in the written test and interview rounds. Here we will tell you about some such important questions which often come in competitive examinations.

Question 1- Which country is known as “Cockpit of Europe”?
answer- Belgium.

Question 2- Which country is known as the “country of lilies”?
answer- Canada.

Question 3- Which country is known as the “Island of Pearls”?
answer- The country of Bahrain is called the island of pearls.

Question 4- Which country is known as the “Land of Snakes”?
answer- Brazil is called the ‘Land of Snakes’, because there are so many snakes here that you will not find anywhere else in the world.

Question- 5. Which country is known as “Britain of the South”?
answer- New Zealand.

Question- 7. In which country the President’s term is only for one year?
answer- Switzerland is the only country in the world where the President changes every year. The term of the President here is not more than one year. Also, he is not even allowed to contest the election again.

Question- 9. Which is the longest railway route in Asia?
answer- The Trans-Siberian Railroad is the largest railroad in Asia.

Question- 10. Which is the hottest city in Asia?
answer- Jacobabad (Pakistan).

Also read: UP Metro Recruitment 2021 Result: Result of recruitment examination for other posts including station controller in UP Metro released, check this way