General Knowledge: Keep fighting even after being shot, know who was the hero of Kargil war? 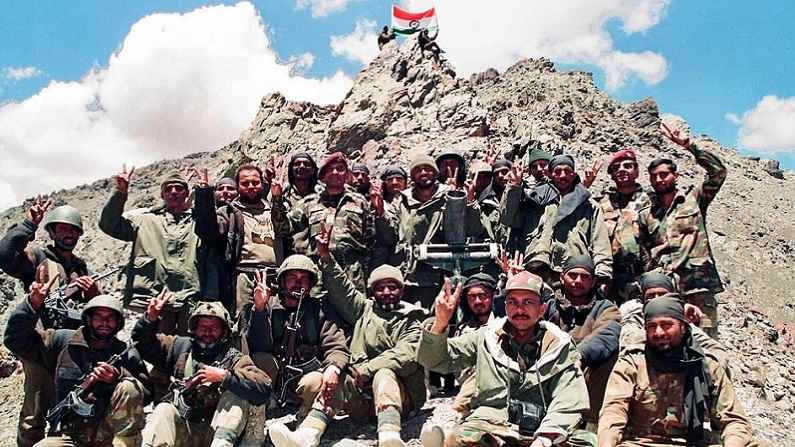 Every soldier who is involved in the Kargil War is a source of inspiration for us, but some soldiers have shown such valor, remembering which the army feels proud even today.

General Knowledge: India’s victory against Pakistan in the Kargil War completed 22 years. The saga of the soldiers who led the soldiers in the Kargil war will always be remembered. The brave soldiers of our country had won the war with their valor and sacrifice. Every soldier who joins this war is a source of inspiration for us, but some soldiers have shown such valor, remembering which the army feels proud even today.

Captain Vikram Batra is the one who said “Yeh Dil Maange More” while hoisting the tricolor at Point 4875 in Kargil. Vikram was in the 13th Jammu and Kashmir Rifles. The bunker built by the Pakistanis on Vikram Tololing was not only captured, but regardless of the bullets, Pakistani soldiers directly clashed on 7 July 1999 to save their soldiers. Today that peak is known as Batra Top. The government honored him with the Param Vir Chakra.

Martyr Manoj was in the 1st Battalion of Gorkha Rifles. He was the hero of Operation Vijay. On June 11, he had soured the teeth of enemies in the Batalik sector. At the same time, under his leadership, the army contingent had captured Jober Top and Khalubar Top by the army. Pandey hoisted the tricolor regardless of his injuries and was awarded the Param Vir Chakra.

Martyr Sanjay was in 13 Jammu and Kashmir Rifles. He was the leader of the scout team and captured the flat top with his small contingent. He was a brave warrior, he had eaten the bullets of the enemies on the chest. Even after being shot, he kept fighting with the enemies and he showed indomitable courage.

Martyr Acharya was in the battalion of Rajputana Rifles. On 28 June 1999, Veergati was received at the hands of enemies on Lone Hills. The government posthumously awarded him the Maha Vir Chakra for his gallantry on the Kargil Hill.

Martyr Anuj was in the 17th Battalion of Jat Regiment. On 7 July 1999, he fought the enemy at Tiger Hill. The gallantry of Captain Anuj was posthumously awarded the Maha Vir Chakra by the government.

Martyr Kengursu was in the battalion of Rajputana Rifles. He was martyred during the Kargil war on 28 June 1999 on the Lone Hills while defeating the enemies. The government posthumously awarded the Mahavir Chakra to this warrior who drove away the enemies on the battlefield.

There is less to be talked about all the soldiers involved in the Kargil war. One article is not enough to describe the valor of these warriors.

Also read: GK: Why is Kargil Vijay Diwas celebrated? Know every information from the reasons of war to the success of ‘Operation Vijay’

Tips to Create Effective Training Programs for the Manufacturing Industries

Why China's inroads close to Doklam is alarming for India; causes defined [details]

Smart Ideas for Choosing a Personal Assignment Topic for College