Effect of RTE! Highest enrollment in government schools after 13 years, see which state is number 1 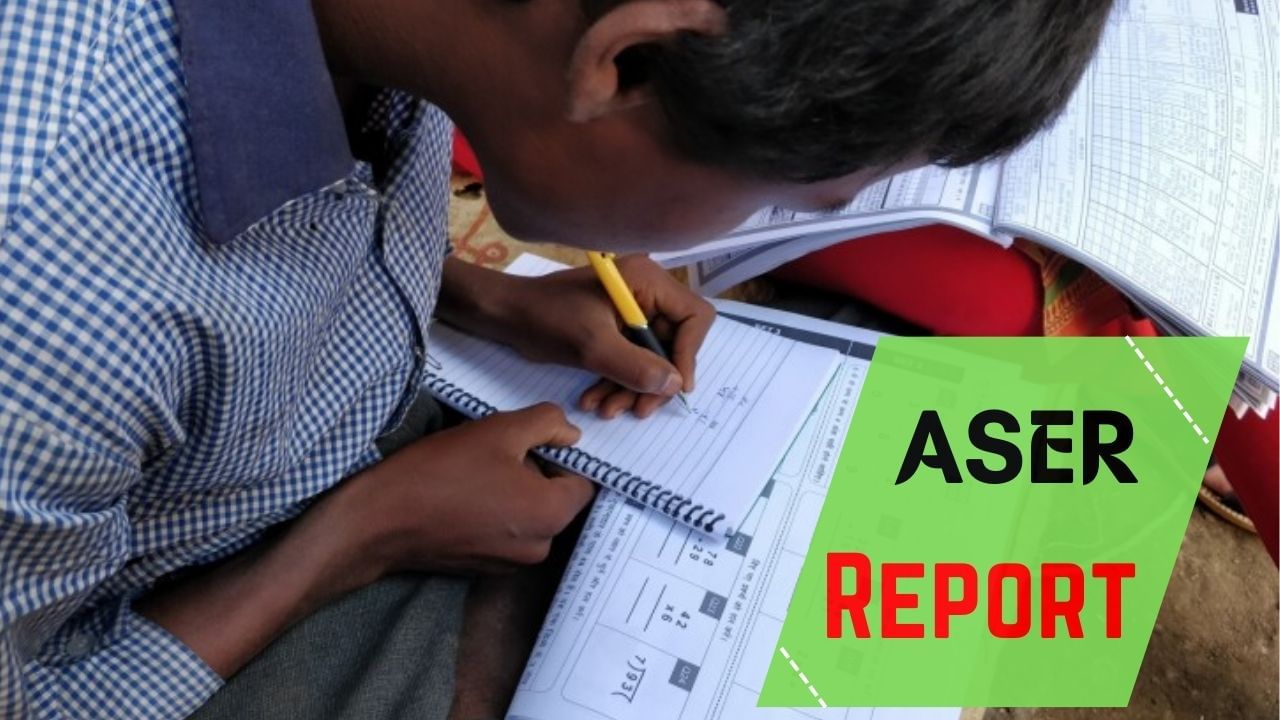 ASER 2022 report has been released.

ASER Survey Report 2022: Whatever may be the image of government schools in the country, but the number of students taking admission seems to be increasing continuously. The Annual Status of Education Report i.e. ASER report was released on Wednesday, July 18, 2023. This survey conducted in government schools of 616 districts across the country has revealed that this year Govt School The number of students taking admission has increased the most. Since the launch of the Right to Education in 2009, this year the number of children aged 6-14 enrolled in government schools has increased the most.

According to the ASER Report 2022, there has been an increase in the number of students taking admission in schools across the country and only 2 percent of the children are not enrolled. This survey is done by Pratham Foundation. This survey has been done on such a large scale after four years. Earlier it was done in the year 2018. Let’s take a look at the report of the ASER survey.

In Asar Survey 2022, details of children enrolled in government schools, private schools and other institutions have been given. The report has been issued for the age group 6-14 years to the age group 15-16 years. Data of boys, girls and both have been given in the survey report. In the below chart you can see the percentage of students taking admission in government schools and private schools.

Right to Education i.e. RTE was released in the year 2009. At the same time, the impact survey is being done since last year. According to the report, enrollment of children in the age group of 6 to 14 years has improved, increasing from 97.2 per cent in 2018 to 98.4 per cent in 2022. According to the report, during 2018 to 2022, an increase of 7.3 percent has been recorded in enrollment in government schools. 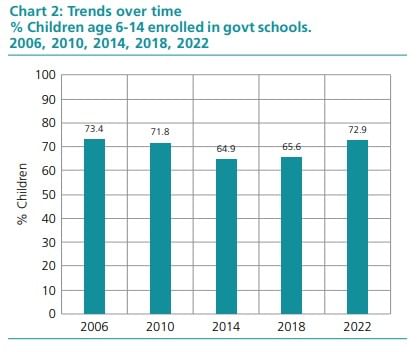 The proportion of children in the age group of 6-14 years has increased in almost all the states of the country. Where there has been an increase in the figures of students in states like Kerala. At the same time, the figures have decreased in Mizoram and Jammu and Kashmir. You can see the report of the 2018 survey and the report of 2022 in the table below.

Inclination of students towards Private Tuition

ASER Reports If we talk about rural areas, then only 2 percent of the children are those who have not enrolled in the school. The proportion of children not enrolled in school has continued to decline between 2018 and 2022, despite prolonged school closures.