Delhi University: Governing body gets extension of three months in 28 colleges of DU 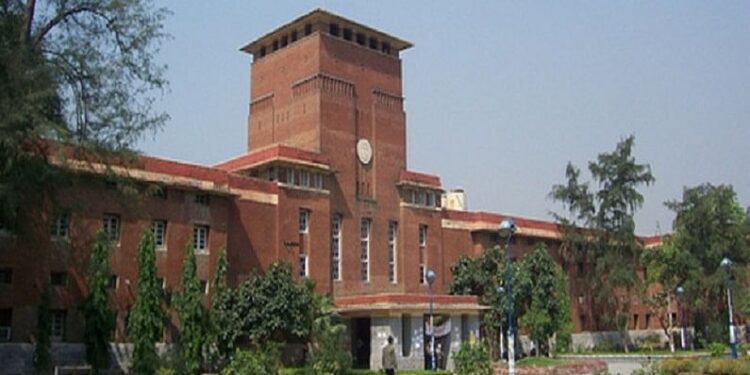 The Deputy Chief Minister of Delhi had demanded an extension of three months to the members of the governing body nominated by the Delhi administration in 28 colleges of DU.

Delhi University: The governing body of 28 colleges of Delhi University has been given an extension of three months. All these colleges are funded by the Delhi government. After this action, the teachers have thanked Vice Chancellor Professor PC Joshi, Dean of Colleges Dr Balram Pani and Registrar Dr Vikas Gupta.

The notification regarding grant of extension to the governing body of 28 Delhi government-funded colleges was issued by the Assistant Registrar of Delhi University on Monday, June 7. In a letter to the Director of Higher Education Department, Government of Delhi, it has been said that in the context of the office letter dated 15 January 2021 and then the letter dated 29 January 2021, an extension of three months is given in view of the situation of corona infection.

Gradually, the situation is becoming normal in these 28 colleges of Delhi. These 28 colleges, funded by the Delhi government, will get a proper environment for their future planning and promotion of the quality of higher education due to this extension.

In this case, Dr. Hansraj Suman, in-charge of the Delhi Teachers Association, expressed happiness over the extension given to the governing body of the colleges. He has said that the process of promotion of teachers is going on in these colleges. As soon as the promotion is complete, after that the university administration can start the process of recruitment of academic and non-teaching staff.

Also read: GK Questions: The country which is called ‘the country of snakes’, do you know the name? See the answers to such interesting questions