Central government’s big decision, Central University will be built in Ladakh at a cost of 750 crores 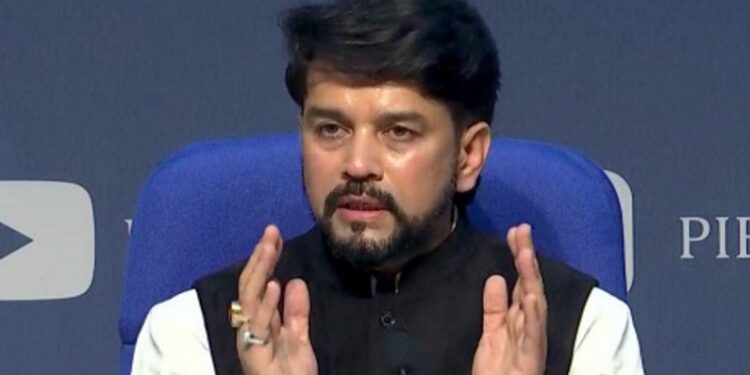 Giving information about the decisions of the cabinet, Union Minister Anurag Thakur said that the first phase of Central University in Ladakh will be completed in four years.

Giving information about the decisions of the cabinet, Union Minister Anurag Thakur said that the first phase of the university will be completed in four years. A bill will also be introduced to amend the Central Universities Act 2009 to ease the way for the creation of a central university in Ladakh. He said that setting up of a Central University in the Union Territory of Ladakh would help in removing regional imbalances in higher education and ensure all round development of the Union Territory. With the establishment of a central university in Ladakh, students will get more opportunities to pursue higher education.

A new corporation has been formed to enable the work of infrastructure development in Ladakh to gain momentum. The Center has also given green signal to the establishment of Ladakh Integrated Infrastructure Development Corporation Limited (LIIDCO). Thakur said that this corporation will look after the development of industries, tourism, transport services. This corporation will be established under the Companies Act with a share capital of Rs 25 crore. Giving information about the decisions taken in the cabinet, Union Information and Broadcasting Minister Anurag Thakur said that after the existence of Ladakh as a Union Territory, it was found that there is no apex institution of higher education here.

PM Modi had announced the establishment of a Central University in Ladakh in his address on the occasion of Independence Day on 15 August 2020. He said that Leh, Kargil areas will also come under its jurisdiction. This new central university will be a role model for other universities in the region.

Union Education Minister Dharmendra Pradhan has given information by tweeting on the decision to set up a Central University in Ladakh. He said that this decision will lead to development at the grassroots level in Ladakh. Along with this, there will be growth in the field of tourism, corporate and transport.