Bihar School Reopening: Schools from class 1 to 10 will open in Bihar in the second week of August, Education Minister gave information 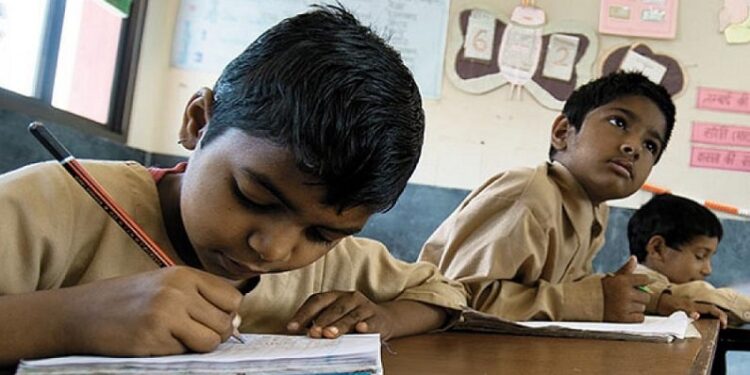 Bihar School Reopening: Seeing the relief in the speed of Corona in Bihar, the Education Minister of the state has decided to open schools from class 1 to 10.

Bihar School Reopening: As soon as the speed of Corona slows down in Bihar, the process of opening schools and colleges has started. Schools of different classes are now going to reopen in Bihar. According to the recent announcement by the state education minister Vijay Kumar Choudhary, schools for classes 1 to 10 will start soon. They will start operations from the second week of August, 2021.

Bihar Education Minister Vijay Kumar has also said that the current partial unlock will be effective in the state till August 6, 2021. Only after this date, some more relaxations will be provided in the state, details of which will be announced later. All government and private elementary and secondary schools in the state from first to 10th classes will open in the second week of August.

Referring to the report of the Indian Council of Medical Research (ICMR), Education Minister Vijay Kumar Chaudhary said that ICMR has informed that 60 percent of the people of the country have become antibodies to fight corona. It has also been told that adults are more at risk from corona than children. The ICMR has also agreed to open schools for children and has said that infection with corona in children is less.

The Education Minister said that the Education Department of the state is taking care of the situation of Corona epidemic in the next ten days. If the conditions remain favorable, a decision will be taken in the meeting of the Disaster Management Group to open the schools in the second week of August in the interest of the future and their safety.

In Bihar, schools were allowed to reopen for classes 11 and 12. Along with this, permission was given to reopen colleges and universities. But at 50% capacity. According to these rules, students were allowed to go to educational institutions only on alternate days and this announcement was made by Sanjay Kumar, Additional Chief Secretary, Education in Bihar. While opening the school, the government has said that all COVID-19 safety protocols should be followed. For the same, SOPs will be issued to the institutions and they have to ensure that everyone follows them. While a single dose of COVID-19 vaccination is essential, other safety measures like masks, maintaining social distancing, sanitizing are also important.