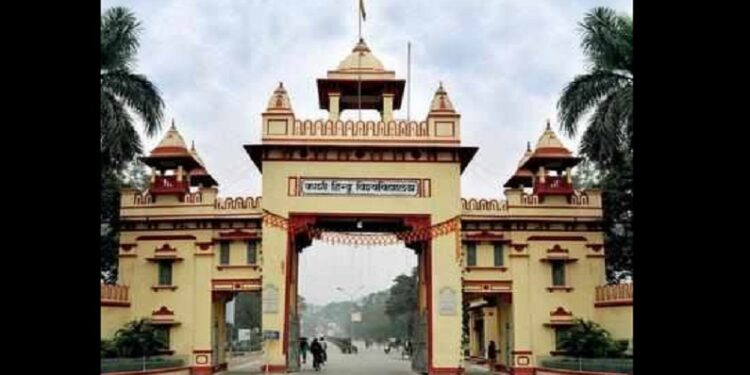 BHU Entrance Exam 2021: Keeping in mind the corona epidemic in BHU, the entire process from filing nominations to exam results will be online.

BHU Entrance Exam 2021: The entrance exam for admission in Banaras Hindu University will be completely in digital mode. The entrance examination for the session 2021-22 in BHU will be conducted through online mode, the preparation of which is going on in full swing. Keeping in mind the corona epidemic, the entire process from filing nomination to the result of the examination (BHU Entrance Exam 2021) will be online. From which it can be said that this year’s admission process will be completely digital.

In view of the possibility of third wave of Corona, online arrangements are being made so that the examination should not be affected. The option of conducting offline examination at the local level is also being considered. BHU administration has started preparations after the UGC notified the central universities to conduct entrance examinations independently for the current session.

Entrance exam may be held in September

Along with online application in BHU, submission of application fee through e-payment is also being considered. All the entrance exams will probably be done by mid-September. Also, the results can also be declared by the end of September itself. So that according to the instructions of the UGC, new sessions can be started from the month of October. Application forms for entrance examinations for various courses can be uploaded on BHU website in the first week of August. After which maximum time of 2 weeks will be given to fill the examination form.

Fresh batch may start in October

During a high-level meeting between all the directors and faculty heads at BHU, Acting Vice Chancellor Prof. VK Shukla has said that the guidelines of UGC should be implemented. Except for the final semester and the intermediate semester examinations, which have started, the marks should be distributed to the rest of the students on the basis of the previous examinations under the norms of UGC.

Also read: WB Board 10th Result 2021: Teachers organizations said – Most students got more marks due to lack of uniformity in giving marks by schools