Shock on the employment front, the number of subscribers joining ESIC decreased in January 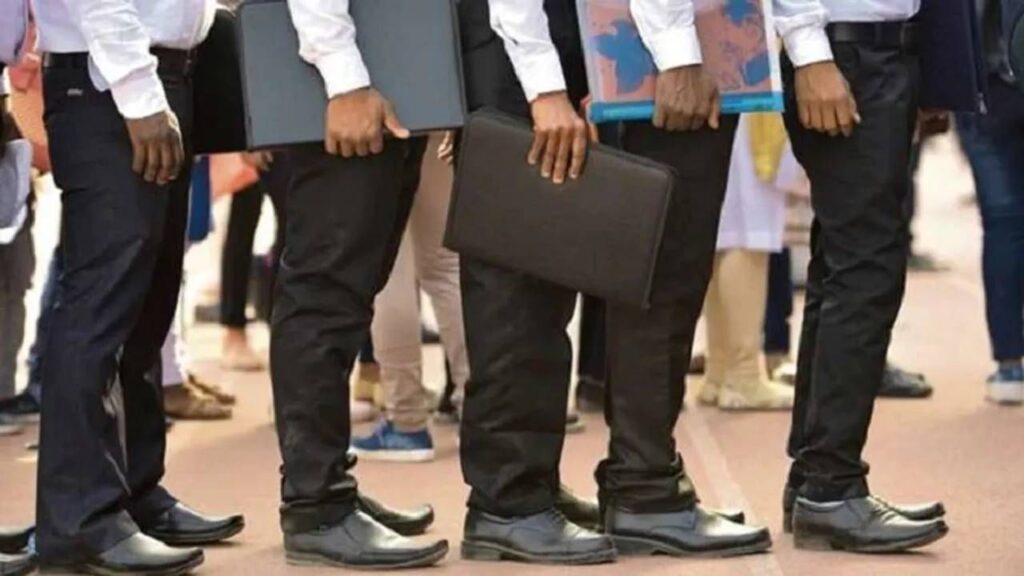 In January 2022, 12.84 lakh new members have joined the Social Security Scheme of the Employees’ State Insurance Corporation (ESIC). These figures show the employment situation in the organized sector in the country.

Employee’s State Insurance Corporation (ESIC) 12.84 lakh new members in January 2022 from the social security scheme of (Subscribers) are connected. These figures show employment in the organized sector in the country. (Employment) show the situation. In the last month i.e. in December, 15.34 lakh new members were associated with this scheme. Latest Statistics Office of National Statistics (NSO) Part of the report released by According to official data released on Friday, the number of members joining ESIC was 10.78 lakh in April, 8.91 lakh in May, 10.68 lakh in June, 13.42 lakh in July and 13.47 lakh in August this year. This number was 13.57 lakh in September, 12.47 in October and 10.44 lakh in November 2021.

The figures for June, July and August show an increase after the easing of restrictions imposed by the states after the second wave of the corona virus epidemic in mid-April last year.

1.15 crore people associated with ESIC in the last financial year

This NSO report is based on employment data related to new subscribers of various social security schemes of ESIC, Employees’ Provident Fund Organization (EPFO) and Pension Fund Regulatory and Development Authority (PFRDA). According to the report, the number of subscribers joining the Employees’ Provident Fund Organization (EPFO) scheme stood at 15.29 lakh in January 2022, which was 12.60 lakh in December 2021.

Between September 2017 to January 2022, about 5.08 crore subscribers have been associated with the scheme of EPFO.

Apart from this, let us tell you that Labor Minister Bhupendra Yadav said in the Rajya Sabha on Thursday that according to the survey report of the Labor Bureau, there has been an increase of 22 percent in employment in the country in the last seven years from 2013-14. He gave this information in reply to supplementary questions during Question Hour in the Upper House. He said that according to the periodic labor force survey, unemployment among graduate level job seekers has come down. He said that according to PLFS, the increase in employment in IT, healthcare and education sectors shows that employment opportunities have been created from various government programs.

read this also: US and EU come together to reduce energy dependence on Russia, announce partnership

read this also: The country’s defense budget has more than doubled under Modi’s rule, India is spending much faster than the world