Relief news on the employment front, jobs may increase for those working in factories tomorrow in the second half 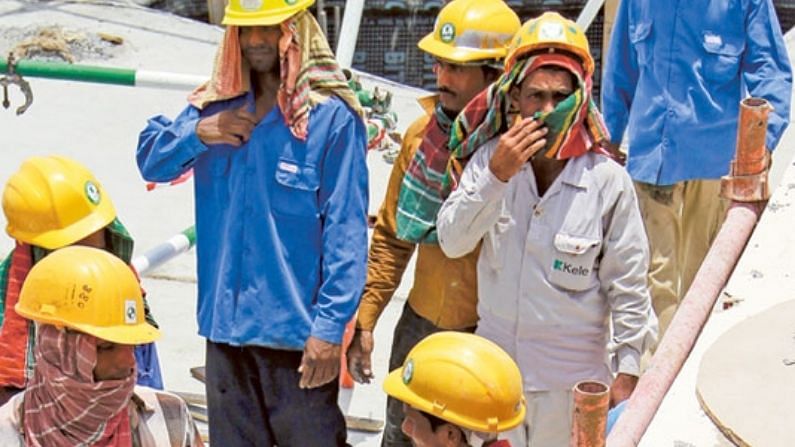 After the second wave of Corona, traffic movement has improved and economic activities have intensified. This is the reason why there has been a jump of close to 50 percent in blue-collar jobs. The highest job demand has come from Maharashtra.

Bumper boom in blue collar jobs in the second half.

The demand for workers working in factories is expected to increase in the second half of this year, with the gradual easing of restrictions imposed for the prevention of corona epidemic and increasing movement. Mainly the demand for such workers is likely to increase in the four industrialized states- Maharashtra, Telangana, Tamil Nadu and Karnataka. It has been said in a report.

According to a report by Better Place, a technology platform for working workers, ie ‘blue collar’ jobs, in the second half of 2021, 7 million new jobs will be created for workers working in factories and other sectors. This is 50 percent more than the first half of this year. Maharashtra, Telangana, Tamil Nadu and Karnataka will lead in terms of employment generation in this category. The report states that Maharashtra will be the leader in the total employment generation. Maharashtra will contribute 17 percent of the total workers’ demand.

The biggest impact on blue-collar jobs

Betterplace CEO Praveen Aggarwal said that since the beginning of the Kovid epidemic, there has been a huge decline in employment in the country. The most damage was done to ‘blue-collar’ ie workers working in factories. He said that according to the report, the impact of the second wave of the Kovid-19 epidemic on jobs was not as severe as it was in the first epidemic. There was a marginal increase in the overall job demand. Employment demand is expected to reach the pre-Covid-19 level soon.

The biggest impact on the job of drivers and security personnel

According to Aggarwal, sections like drivers and security personnel were the most affected in the second wave of the epidemic. Agarwal said that in the second wave, there was a 40 per cent quarter-on-quarter decline in driver jobs, 25 per cent in convenience workers and 40 per cent in security personnel. There was an increase of 175 percent on a quarterly basis. In these, employment opportunities have increased in logistics, health services, e-commerce and retail.

Delivery job will not be affected despite third wave

He also said that if the third wave comes, there will be a negative impact of 25 to 50 percent in the transport, various facilities workers, security and retail, while there is no possibility of any impact in the delivery sector.

Also read, Is your Aadhaar real or fake? In this way, check online and offline in one minute, know the complete process

Also read, Government launches SAMRIDH program to leave behind US and China in IT sector, will give 40 lakhs if you like the idea