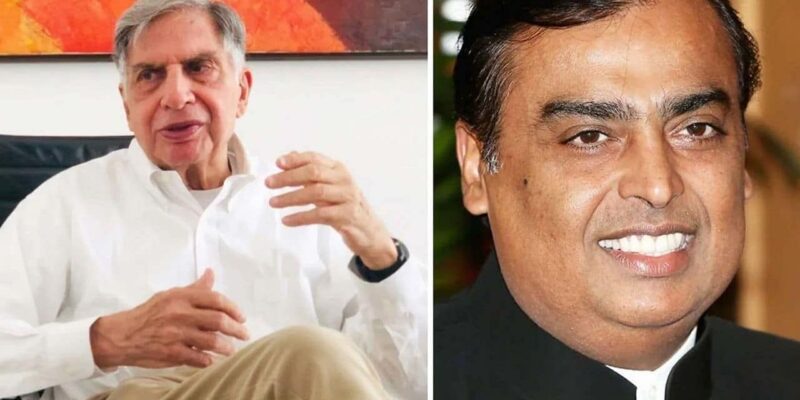 The stock market is at its peak and due to this the valuation of all the companies has increased significantly. Reliance, Tata Group companies have been a major contributor to this market boom. The rapid growth of the stock market has not only benefited the company, but its shareholders and investors have also become rich. According to the report of Times of India, Tata Group has made its shareholders richer than Reliance Industries.

Tata Group is the largest company in the country in terms of revenue. According to the official website, it has 29 companies listed. From January 2021 till now, these companies have created a wealth of 6 lakh crores, which is the highest. Tata Group has given 40 percent return to its shareholders this year. Mukesh Ambani-led Reliance Industries is at number two in this list. There are 9 companies of Reliance Group listed and it has given a total return of 4 lakh crores. Its return is 28 percent. Bajaj Group is at number three in this list. It is followed by Adani Group, Aditya Birla Group and Larsen & Toubro.

Largest shareholder base of Tata Group

No one even close to Tata Group in terms of trust

The biggest strength of the Tata Group is the trust associated with it. According to the survey conducted by Equitymaster, Tata Group got 66 per cent votes in the matter of trust. Earlier in 2013, a similar survey was conducted in which it got only 32 per cent votes. In the case of trust, the 153-year-old Aditya Birla Group came second and got only 5 percent of the votes. Reliance Group was at number three and it got only 4.7 percent votes.