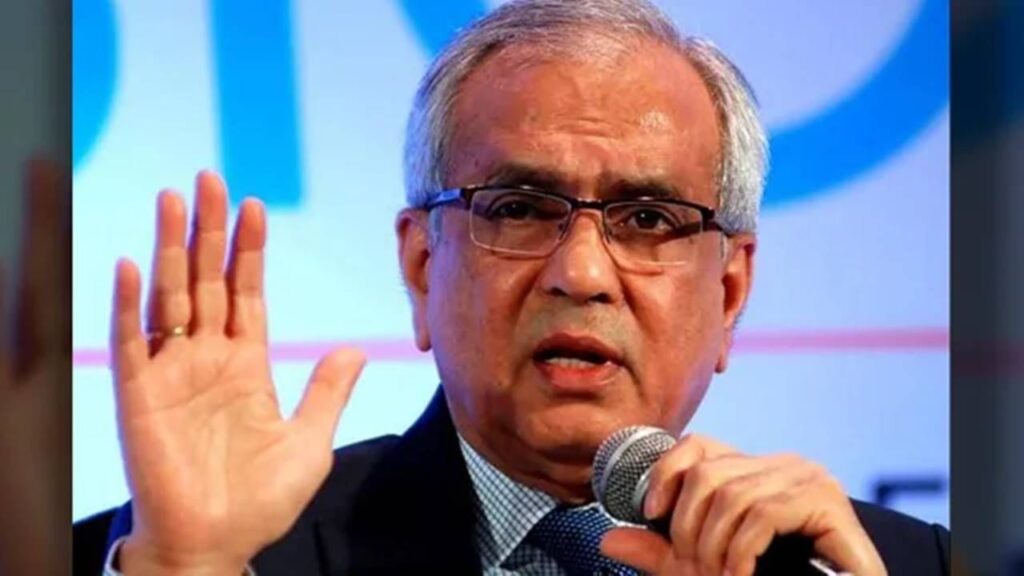 NITI Aayog Vice Chairman Rajiv Kumar said on Sunday that India is knocking on a big economic recovery and talks are being exaggerated about possible stagflation.

NITI Aayog (Niti Aayog) Vice Chairman of Rajeev Kumar (Rajiv Kumar) Said on Sunday that India is a big economic recovery (Economic Recovery) Knocking on and Possible Stagflation (stagflation) Things are being exaggerated about this. He further said that in the last seven years, a strong economic foundation is being laid by the government with reforms. According to PTI, Kumar opposed the uncertainties caused by the Russo-Ukraine war, saying that it is also affecting the global supply chain. He emphasized that for all the reasons it is clear that India will continue to be the fastest growing economy in the world.

Kumar said in an interview to PTI that all the improvements have been made in the last year and hoping that we are seeing the end of the Kovid-19 epidemic. With this, there will be a growth of 7.8 percent this year. A very strong foundation is now being laid for further rapid growth in economic growth in the coming years.

GDP estimates may change due to Russia-Ukraine war: Kumar

Asia’s third largest economy is expected to grow at 8.9 per cent in 2021-22. The Reserve Bank of India (RBI) has projected the economic growth rate to be 7.8 per cent for 2022-23. So, he thinks that India is standing at the door of a big economic recovery and economic growth, Kumar said. However, he acknowledged that due to the Russia-Ukraine war, India’s GDP growth estimate can be changed. But even then, India will continue to be the fastest growing economy, he added. And all other economic parameters are in the same range.

Russia started its military action against Ukraine on 24 February. Western countries, including America, imposed major economic and other sanctions on Russia after this action. On rising inflation, the NITI Aayog Vice Chairman said that the RBI is keeping a close watch on its estimates.

Apart from this, let us tell you that due to the better performance of petroleum products, engineering goods, gems and jewelery and chemical sectors, India’s export of goods has reached a record level of $ 418 billion in the financial year 2021-22. According to the data, the country exported 40 billion dollars in March 2022, which is the highest level of exports in a month. Earlier in March 2021, the export figure was $ 34 billion.

read this also: India did a record export of $ 418 billion, Goyal said – this happened for the first time in the history of the country

read this also: ONGC will gain $3 billion and Reliance $1.5 billion due to increase in the price of natural gas