After getting approval from SEBI, Paytm will allot shares on Tuesday, listing will be done at an undertaking value of 149428 crores 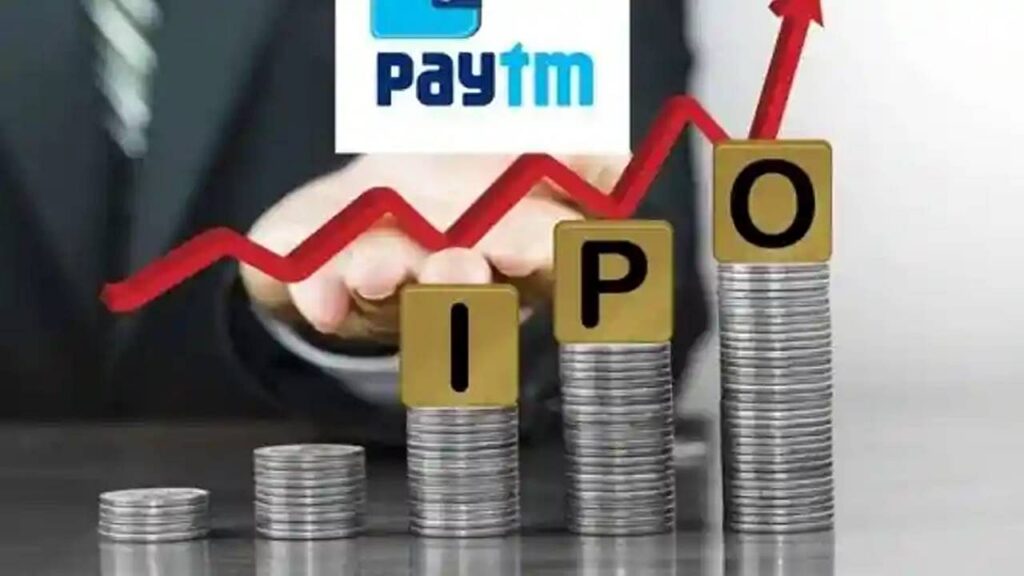 Paytm to allot shares on Tuesday

After the approval of the Securities and Exchange Board of India (SEBI), Paytm will probably allot shares on November 16 at the upper level of the price range at Rs 2,150 per share. Sources familiar with the matter said that Paytm may get regulatory approval for this on Monday. Earlier it was being said that digital payments and financial services company Paytm will allot shares on Monday.

Paytm to allot shares on Tuesday

According to information received from a source, after the approval of SEBI, Paytm will probably allot the shares on Tuesday. “SEBI approval is expected on Monday.” Based on the bids received by Paytm in its Rs 18,300 crore initial public offering (IPO), the company will be listed at an undertaking value of Rs 1,49,428 crore. It will sit at over $20 billion.

Let us tell you that the country’s largest IPO was subscribed 1.89 times. The IPO was subscribed 2.79 times in the institutional buyer category. On the other hand, 1.66 times bids were received on 87 lakh shares reserved for retail investors. Paytm is all set for a massive listing on November 18. It will be one of the richest companies in the country.

Earlier, the highest number of bids were received for the IPO of the country’s largest Coal India on the last day of the issue. Coal India’s IPO closed on the last day with 15.28 times subscription. A similar trend has also been seen in the recent IPOs of Nykaa and Policy Bazaar. Under Paytm’s IPO, new shares worth Rs 8,300 crore were issued and an offer for sale (OFS) of Rs 10,000 crore was brought.

Paytm’s IPO is bigger than the previous largest IPO of Coal India. This came about a decade ago. Coal India’s IPO was worth Rs 15,000 crore. Paytm had raised Rs 8,235 crore from anchor investors last week. Paytm was started a decade ago by the son of a teacher in Aligarh, who started recharging mobile phones.

Also read- Oil prices soften due to increase in arrival of new crops of groundnut, cottonseed in the mandis, fall in the price of mustard oil too

Tata Group is going to do this work after almost 20 years, becoming India’s first such company

Loan: When a person applies for a loan, the bank also demands Income Tax…