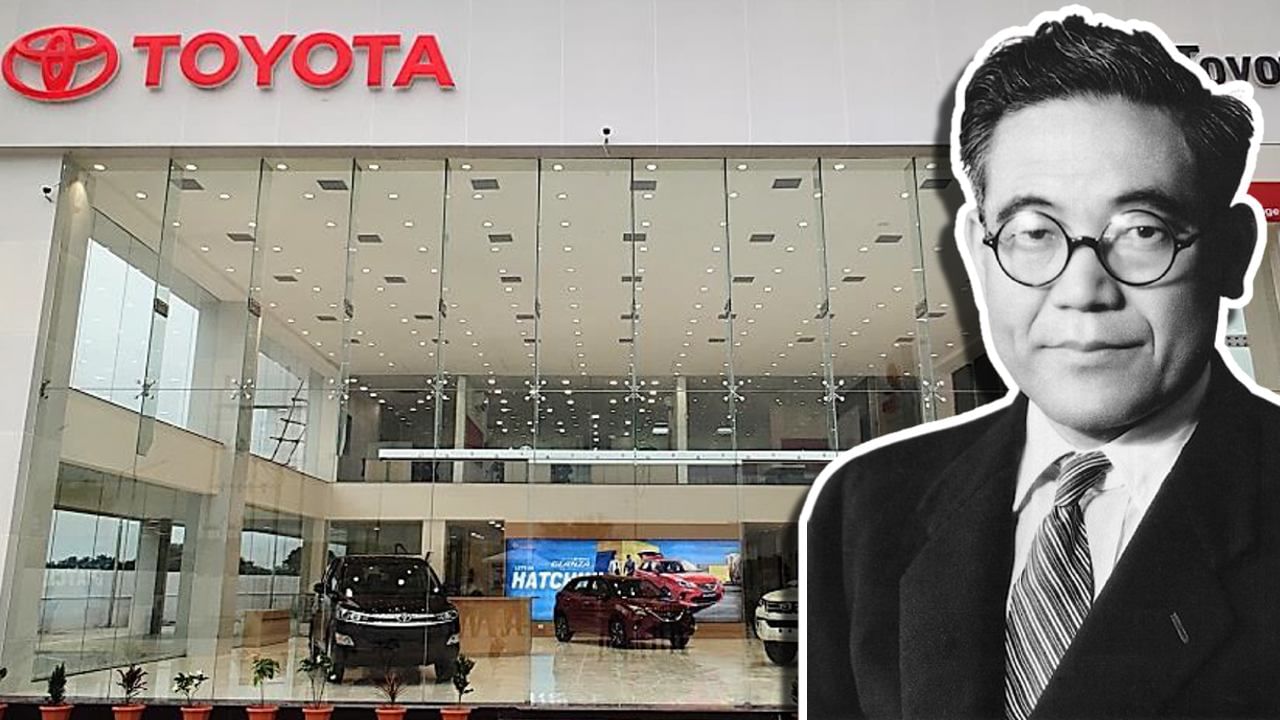 The beginning of Toyota was inspired by the earthquake that occurred on September 1, 1923. This has been mentioned by Pradeep Thakur in his book Toyota Success Story. Know, how Toyota started and created history of success…

In 1936, Japanese industrialist Kiichiro laid the foundation of Toyota.

Recently Indian businessman and Vice Chairman of Toyota Kirloskar Vikram S Kirloskar passed away. The credit goes to him for bringing Toyota cars in India. There have been many records in the name of Japanese car maker Toyota Motor Corp. Like- the brand of best selling cars in the world. This record was made in 2020. 100 year old Toyota didn’t earn name without any reason. The journey behind it has been quite interesting.

The beginning of Toyota was inspired by the earthquake that occurred on September 1, 1923. This has been mentioned by Pradeep Thakur in his book Toyota Success Story. Know, how Toyota started and created history of success…

Kiichiro made the prototype model in 1932

In 1923, the earthquake in Japan caused havoc. In that era, cars were being used to save lives. At that time the interest of the people there was increasing for cars. After this incident, the car industry had gained momentum there. Toyota’s founder Kiichiro has been very interested in making cars since childhood. In 1932, he made the prototype model AA 1932 of the car. After this he started assembling cars.

focus on quality not quantity

In 1936, Kiichiro laid the foundation of Toyota. In 1951, the company introduced the Land Cruiser model for the first time. It became popular worldwide. This was the period when the company was able to produce only 500 cars every month. Toyota in its initial phase focused more on the quality of the cars than manufacturing them. Along with this, attention was paid to keeping the cost of vehicles to a minimum. As a result, Toyota gradually emerged as a big brand. Production increased year after year.

When layoffs had to happen and the strike began

Toyota’s situation worsened during World War II. The construction was affected to such an extent that the company had to file for bankruptcy. However, Kiichiro found a solution to face the situation. He made a deal with the banks. The bank also kept strict conditions. To cut costs, Toyota had to lay off. This angered the employees and they started the strike. The strike went on for about two months. After this there was a change in the management of the company.

This period was the most difficult for the company. The situation has been rectified. Meanwhile, the demand for military trucks started increasing in many countries including America. The company opened outlets in many cities without missing this opportunity. encouraged construction.

To bring innovation in the vehicles, a unit was set up in Research and Development. This move proved beneficial and the company’s income started increasing. In 1963 the company began to expand. Exported 10 lakh cars for the first time. By 1991, the company had sold more than one lakh cars and trucks in the US market. After this the company turned to Latin America and South East Asian companies.

Gradually, the company started the brand of luxury cars like Lexus. In the year 2000, Toyota started expanding the business in collaboration with many companies. After this the company never looked back. Currently Toyota is the second largest automobile company in the world after Volkswagen.

How a tobacco company rose from hotel to FMCG sector, this is the whole story